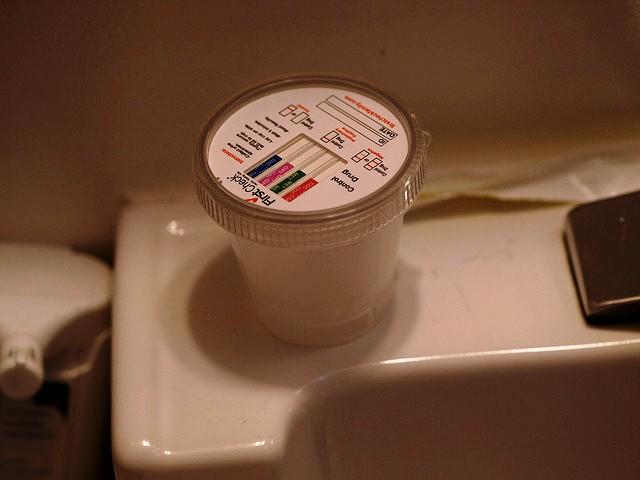 Some Georgia applicants for food stamps and welfare benefits would have to pass a drug test under a House bill that cleared a committee Monday on a 7-6 vote.

People applying for this government assistance would require testing if they raised “reasonable suspicion” of illegal drug use, under House Bill 772.

The second would prohibit employees of any state unit from spending state funds to advocate for Medicaid expansion. It would also bar the University of Georgia from operating its current navigator program that assists people trying to get coverage under the ACA.

The sponsor of the drug-testing bill, state Rep. Greg Morris (R-Vidalia), told lawmakers that he proposed his legislation after a federal court ruled against a Florida law to drug-test welfare applicants. Georgia had modeled its own law after Florida’s. The law that was overturned had a blanket provision for testing, while Morris’ proposal is more narrowly drawn, calling for testing only under certain circumstances.

Morris said his goal is to prevent the spending of taxpayer dollars to subsidize illegal drug use. Under the bill, applicants who failed a drug test would have to pass a subsequent screening in order to get the benefits.

The drug testing bill originally targeted food stamps (Supplemental Nutrition Assistance Program). It was amended to include welfare or TANF benefits, and also to set out criteria for “reasonable suspicion’’ of drug use that would prompt the testing.

These circumstances would include an applicant’s demeanor, and missed appointments and arrests or police records, according to the bill.

Rep. Mary Margaret Oliver (D-Decatur) questioned Morris on these criteria. “How is a caseworker going to define demeanor?’’ she asked.

Oliver predicted that if passed, HB 772 would spark a lawsuit. “I am very, very troubled [about] the way Georgia spends its money on litigation.’’

Rep. Roger Bruce (D-Atlanta) asked Morris why the bill appears to single out poor people for drug testing, and not other groups getting state financial aid, such as HOPE scholarship recipients. “Why are we picking these people out?” he said.

Ellyn Jeager of Mental Health America of Georgia argued that the reasonable suspicion criteria are flawed. Psychiatric medication can make people with mental illness “look stoned,” she said. Many people miss appointments because of unavoidable problems such as snags in local transportation, she added.

The Obamacare-related legislation also drew some sharp questioning from Democrats.

Yet House Bill 990, which would require that Medicaid expansion get legislative approval, appears to be on a fast track in the Republican-led General Assembly. Gov. Nathan Deal, also a Republican, is firmly against such expansion, but an added requirement for legislative approval would give it an even more difficult path.

Sponsor Jan Jones (R-Milton), speaker pro tempore of the House, told the Judiciary Committee that only eight states, including Georgia, do not currently require a vote of the Legislature for approving expansion. She noted that in Florida, for instance, the Legislature was able to block expansion even though the governor supported it.

A state decision on Medicaid expansion has huge budgetary implications, and the Legislature should be involved in it, she emphasized.

Rep. Bruce, citing the hundreds of thousands of Georgians who would be covered under expansion, asked Jones what the state should do for those people in the absence of expansion.

Jones replied that expansion would add $400 million to the current $3 billion state appropriation for Medicaid, and would force tough decisions on spending elsewhere. “What do you want to cut?” she responded. “What tax do you want to increase?”

The House Judiciary Committee narrowly passed HB 707, sponsored by Rep. Jason Spencer (R-Woodbine). Along with barring state employees from advocacy on expansion, the proposal would also prohibit the state from operating a health insurance exchange. The federal government now operates the exchange in Georgia, as it does in a number of other states.

An amended version of the bill would prevent the office of the state insurance commissioner from enforcing any provision of the ACA, Spencer told the panel.

Oliver asked Spencer whether the commissioner could get involved if an insurer turned an applicant down due to a pre-existing health condition, which is prohibited by the ACA.

The commissioner would not be able to assist people who have specific problems related to ACA provisions, Spencer replied.

The version of 707 with the insurance commissioner provision passed by a 7-6 vote when the chairman of the committee, Rep. Wendell Willard (R-Sandy Springs), voted for it.