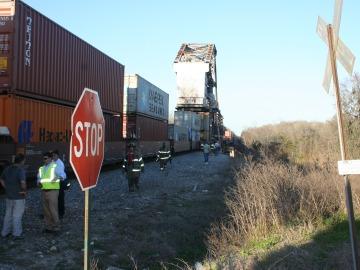 Filming of a movie about the life of singer Gregg Allman appears to be hold after a fatal train accident near the Georgia Coast last week.

Sarah Elizabeth Jones of Atlanta, 27, was killed, and seven other crew members were injured Thursday on the set of the movie “Midnight Rider."

A sheriff's detective in Wayne County said the rail company CSX told his investigators that the crew did not have permission to film on the railroad.

But an executive producer, Nick Gant of Savannah, told GPB he believes the proper permits were in place. He declined to be interviewed on tape.

Will Hammargren of the Savannah Film Office said producers have withdrawn requests for permission to shoot scenes in Savannah this week.

"They have indicated that they would like to restart at some point, but I don't have any details on that," he said.

The Occupational Safety and Health Administration is investigating.