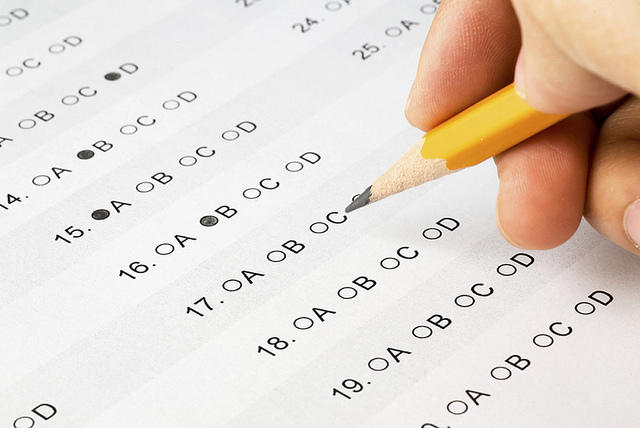 Nearly five years after the Atlanta Public School cheating scandal, fewer schools in Georgia are being flagged for potential cheating.

A new report from the Governor’s Office of Student Achievement says there has been a tremendous drop in the number of schools suspected of cheating in the state.

Georgia education officials began analyzing standardized tests in 2009 in the wake of a test scandal in the Atlanta Public School system. Thirty-four educators were indicted after being accused of involvement in a plan to change students’ answers on the Criterium-Referenced Competency Tests.

Officials use sensitive electronic equipment that can determine if answers on CRCT have been changed.

The analysis focuses on the number of wrong answers that have been changed to right responses on an individual student’s answer sheet. The subjects tested include reading, language arts, and mathematics.

Classrooms are flagged when the number of wrong-to-right changes are three standard deviations or more above the state average.

Todd says just because a school is flagged doesn’t always indicate that the school is changing answers. For example, a student could misalign the questions to their correlating answer sheets and have to erase and start over.

Education officials can rank schools on several levels during a cheating evaluation.

But the worst is when school is considered of severe concern for cheating. That occurs if a school has 25 percent or more of its classrooms flagged for changing answers on tests, the number which Todd says has dropped significantly.

“In 2009 we actually had 74 schools identified as of severe concern. This year we only have one school at that level,” said Todd.

That one school was Woodstation Elementary in Northwest Georgia’s Catoosa County. Todd says the superintendent of the district is working closely with the state investigation.

If a school is ranked as a severe concern, the State Board of Education can vote on a range of remedies. The panel can require local school superintendents to conduct internal investigations to determine the causes of testing irregularities.

The panel can also order schools to rotate teachers during subsequent CRCT test administrations, forcing teachers to administer tests to students in different classrooms, instead of the students they regularly teach.

State monitors will be also placed in schools on the “concern” lists. Todd says that accountability has helped reduce the number of schools being watched.

While the number of schools on the “concern” list has dropped and the state has seen tremendous improvement, Todd says she doesn’t believe now is the time to discontinue the monitoring process.

“The old saying goes, that what gets monitored gets done, or gets paid attention to,” said Todd. “I think maintaining the auditing and monitoring procedures that we put in place is something we will do at least for the next several years.”

One of the great concerns coming out of the Atlanta cheating scandal was that children were advancing through the school system without getting the training they needed.

Todd says parents can now rely on the integrity of the testing system.

“I think parents can be much more assured than they could have been 5 years ago. Because of these procedures being in place that the assessments being reported to them are true and accurate.”

Georgia isn't the only state worried about the integrity of its testing system. The U.S. Government Accountability office found that 33 states confirmed at least one case of cheating by school officials in the past two years.