Study of Savannah Sand Gnats' Future Home May Move Ahead 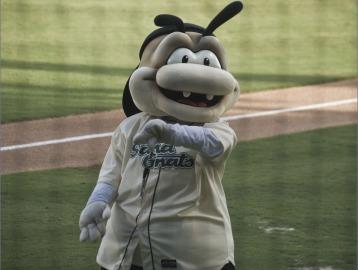 Savannah officials are preparing to seek bids this week for a study to weigh future options for the Sand Gnats baseball stadium.

The CEO of the company that owns the minor league team wants the city to build a new ballpark to replace historic Grayson Stadium.

Jason Freire of Hardball Capital asked Savannah City Council members to move faster on the issue during a meeting at city hall on Thursday.

“Grayson is not a long-term solution for baseball in Savannah. And all we’re saying right now is exactly the same thing we’ve always said,” Freire said.

Savannah alderman Tony Thomas said building a new stadium for the Sand Gnats would amount to a “subsidy” for the team’s owners.

Freire said he would like the team to stay in Savannah, but suggested that’s contingent on a new stadium.

A spokesman said city staff will send out requests for bids and decide whether to move forward with a study depending in part on the cost.