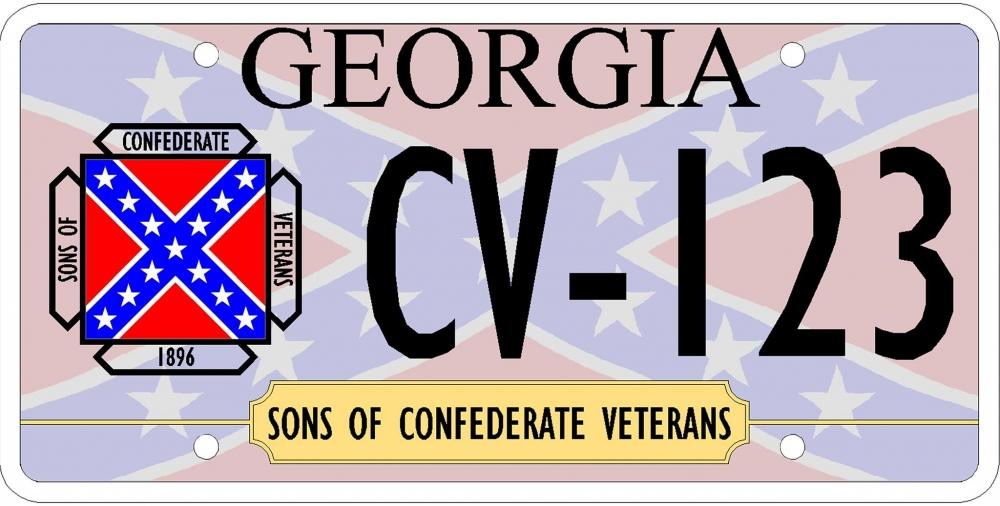 Georgia officials have approved the release of a new specialty license plate featuring the Confederate flag.

A press release from the organization states Georgians do not have to be members of the Sons of Confederate veterans to receive the new license plates.

The new tag has renewed a debate on what images should appear on state issued materials, particularly between those who believe the flag honors Confederate heritage and those who view it as a “racially charged symbol of oppression.”

Southern Christian Leadership Conference spokesman Maynard Eaton tells the Atlanta Journal Constitution that the state should not have sanctioned the move and calls displaying the battle emblem "reprehensible."

Ray McBerry, a spokesman for the Georgia Division of the Sons of Confederate Veterans, says the organization means no offense and people have a right to commemorate their heritage.

The state Department of Revenue says the Sons of Confederate Veterans license place has been issued for more than a decade, but a transition to digital images allowed them to add the flag across the plate beginning Feb. 1.

The department says it currently has orders for 35 plates this year.

Gov. Nathan Deal says he was unaware of the creation of the new license plate.

Gov. Deal has weighed in on the new license plates.

"I think it is an acknowledgement of the history of our state and our culture," said Deal. "It's been there. It's just a little bit different format."

Contributors: This report also contains material from the Associated Press and the Atlanta-Journal Constitution.