Confederate Flag Has A Complex History In Georgia 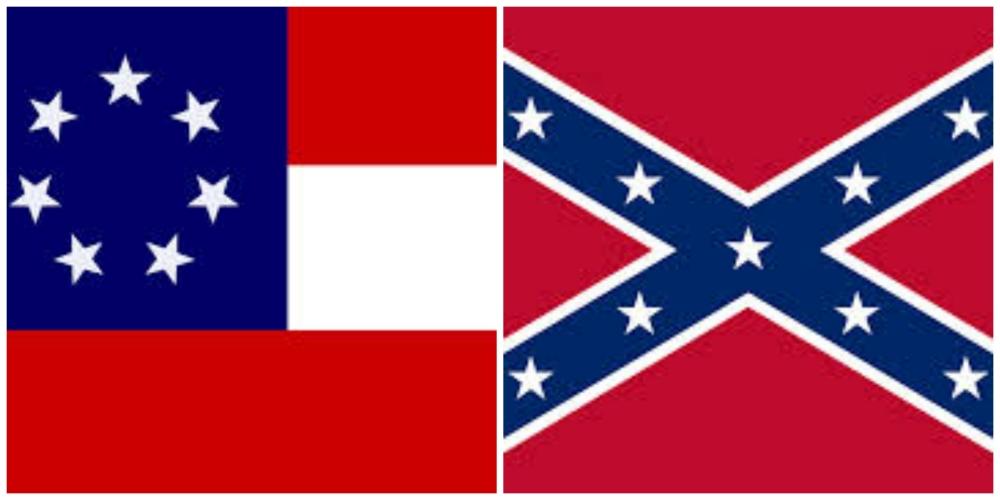 The Confederate flag is back in the news in Georgia. Civil rights advocates are decrying the state’s recent approval of a specialty license plate incorporating the flag. It was a little more than 10 years ago when Georgia was embroiled in a debate about whether the Confederate emblem should appear on the state flag.

David Davis, a professor of Southern Studies at Mercer University, spoke to GPB Macon’s Adam Ragusea about the complex history surrounding the issue of the Confederate flag in Georgia.

Davis explains the Confederacy went through three different national flags throughout its existence.

The Confederate battle emblem is the flag featured on the specialty plate.

Here’s the edited version of their conversation below:

Adam Ragusea: Well it wasn’t until the 1950s that the Confederate battle emblem was introduced as a component of the Georgia state flag.

AR: Why did that happen?

DD: Well, Governor Marvin Griffin introduced a bill to change the Georgia state flag. One reason for doing this was it was the upcoming centennial of the Civil War. And many people were reverting to think of the Civil War memory at this point in time.

The issue of heritage was very prominent in the political landscape at this moment. But we were still a few years away from the centennial. What had actually happened just then was the Brown vs. Board of Education decision, and Marvin Griffin did say publicly that the nation is looking to Georgia to take the lead on segregation. And this could very easily and probably accurately be interpreted as the state of Georgia making its position on segregation clear- a combative position.

AR: Why do you think that in the year 2014, the idea that the battle emblem could be on a specialty license plate in Georgia still evoke such powerful emotions in people?

DD: Well, there are valid and competing interpretations of what that flag signifies. A lot of people will tell you, and I’m going to take their word at face value, that this flag signifies for them their Southern heritage. However, an awful lot of other people see that flag as a signifier of racial antipathy, hatred, and violence.

AR: Maynard Eaton, who is a spokesperson for the Southern Christian Leadership conference, told the Atlanta Journal Constitution in reference to this new specialty plate that “It’s reprehensible,” and “We don’t have license plates with the saying ‘Black Power’.” Do you think that’s an apt comparison in your opinion as a scholar?

DD: I don’t know that I would necessarily endorse exactly that position, although I clearly see why he would make that statement. What seems much more problematic to me is that the state has been put in the position of endorsing any number of special interest groups with their own agendas. It’s great to save wildflowers. It’s great to support historic preservation. But if we open up the doors to any special interest group having their own specialty plates, then it puts the state in the difficult position of having to endorse agendas that do not reflect the beliefs of the entire state.

Adam Ragusea: David Davis is a professor of Southern Studies at Mercer University in Macon. Professor, thanks for talking to us.

David Davis: Thanks for having me.