Worst Of Winter Weather 'Pretty Much Over' 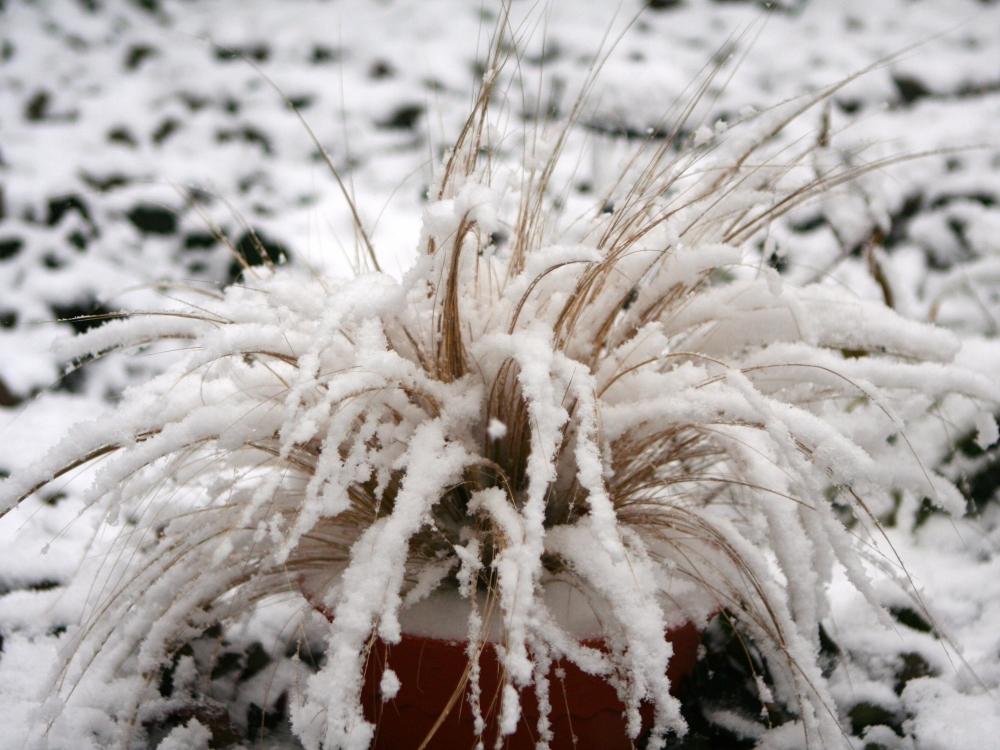 The main winter storm has now pushed out of Georgia, leaving a parting gift of two more inches of snow Wednesday night from Macon north. Winter storm warnings will remain in effect until 1 p.m. Thursday because of the chance for more light snow wrapping around the back end of the system.

"It really is pretty much over,” said Mike Leary, a meteorologist at the National Weather Service office in Peachtree City. “But [we will] keep the warnings up through 1 p.m. today because of the possibility of getting wrap-around moisture from the system that came through. Being a low pressure center with circulation around the low, some moisture's going to come back around."

Still, Leary warned of light snow early in the day. And he said anything still on the roads Thursday night will refreeze, leading to the chance of black ice Friday morning.

To that end, the Georgia Department of Transportation is asking folks to stay off the roads.

"We're working really hard with [the Georgia Emergency Management Agency] between I-20 and I-16 to keep at least one passable lane in that area, which has become a challenge because of so many falling trees,” said Natalie Dale, a G-DOT spokeswoman. “Our crews have really been put in harm’s way."

Dale said they may still need motorists to stay off roads Friday, depending on how much melting takes place. She said the area around Augusta and Richmond County remains mostly impassable due to downed trees.

"We are really focusing today on continuing to keep those lanes clear for entities like Georgia Power who are working really hard to restore power to people throughout the metro area and throughout the state, [for] emergency vehicles who might need to get to and from the hospital, [for] our HERO units," she said.

So was this storm as bad as predicted?

"It is as bad as we thought it was going to be, but because there was such a really great response from the citizenry, everybody did just what they were supposed to: They stayed home, they took it easy,” Leary said. “We didn't have anywhere near the number of traffic accidents we would have had."

Forecasters also said winds will pick up today, with gusts in some areas up to 25 miles per hour. That could topple more ice-laden trees and power lines, adding to what's already a huge number of power outages across the state.

Georgia Power reported more than 227,000 customers without electricity just before 8 a.m. Officials said they've restored power to 270,000 others who lost power at some point over the last 24 hours.

Officials have also reported one death related to the winter storm.

The Butts County coroner said Kenneth Mitchell, 50, appears to have died from hypothermia after spending hours outside Wednesday.

Coroner Ralph Wilson said Mitchell's wife thought he was going to a neighbor's house Tuesday night. Then she found him lying on the front porch of their home early yesterday.

Cherokee County Fire officials said a 7-year-old boy in Ball Ground fractured his skull after hitting a tree in his backyard Wednesday afternoon.

Cleveland's fire chief said four people in their late teens and early 20s were inside a kayak when it crashed into a pole. One of the victims suffered leg injuries. Another was knocked unconscious.

Three boys and a man in Forsyth County were also hospitalized in separate crashes.

Contributors: Material from the Associated Press is included in this report.