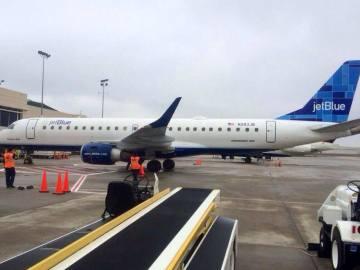 A welcome party in the terminal hailed the discount airline's arrival as good for local businesses.

"If we don't support airlines like JetBlue when they come into the marketplace, we already know what can happen," Marinelli says. "We saw that with AirTran."

Airline ticket prices out of Savannah soared when AirTran left the market six years ago.

AirTran cited lack of ticket sales in pulling out of Savannah.

"The addition of JetBlue coming in from two markets in the Northeast, New York and Boston, gives us, as a destination, an opportunity to attract new visitors from that part of the country that maybe have not visited before," Marinelli says.