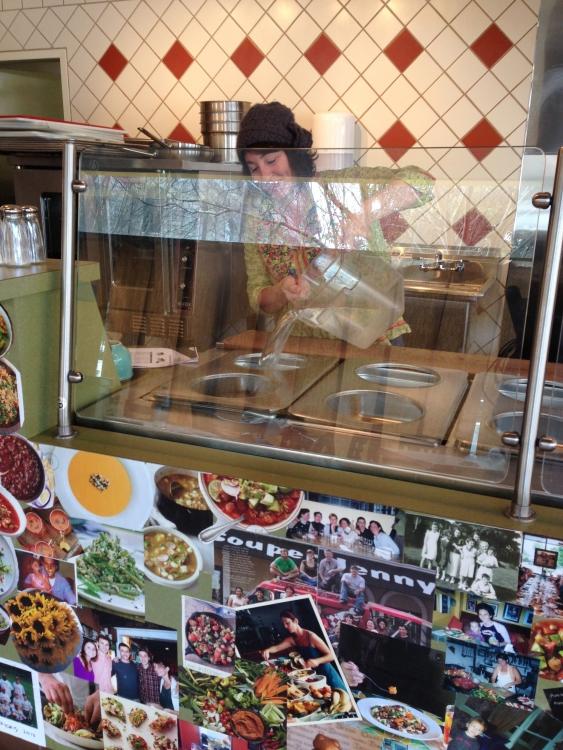 As the snow and ice started to melt away Thursday, Georgians began venturing back outside.

Wesley McConnell owns Thumb’s Up, a Decatur diner that serves breakfast all day. He and several of his employees stayed in a nearby hotel so that he could keep the restaurant open throughout the storm.

“Consistency is good, you know what I mean? And I think people like to know that, you know, if we need somewhere to go, Thumb’s Up will be there,” said McConnell.

One of his regular customers, John Wilson, ate at the breakfast bar both Wednesday and Thursday when his office was closed.

“It takes a lot of effort and energy and dedication to the work to open in conditions like this,” Wilson said.

Jenny Levison hopes the dedication she has been putting into her new venture will pay off.

“It’s quite the challenge, but I’m always up for a challenge, so we’re ready,” said Levison who worked feverishly to open her newest restaurant Thursday.

“Souper Jenny” is a homemade soup, salad and sandwich shop in Buckhead. Levison re-scheduled the opening of the second location in Decatur because of the storm.

“We were planning on having… a soft opening earlier in the week, but obviously with the weather, it’s been a little difficult,” explained Levison. “Everyone’s getting a little stir-crazy, so we’re going to do a community supper tonight for the neighbors. We need to start cooking and we want to try it out, so we’ve invited whoever’s around, whoever wants to come on foot to come in for a bowl of hot soup.”

Levison planned to give out free soup Thursday night to introduce “Souper Jenny” to its new neighbors in Decatur.