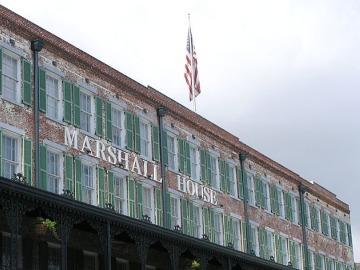 Carter says around 30 companies, mostly national retail brands, have expressed interest in the project. He says he will release more details next week.

"I want us to completely look at the plan to make sure we don't come up with a great (development) that fails because of parking," Thomas says.

"We need to bring Broughton Street back with the old and the new," Jackson says.

She says any new retail stores should prioritize hiring employees from within Savannah to help reduce poverty and unemployment.

Carter is the developer behind St. Johns Town Center, a 1.5-million-square-foot development in Jacksonville, Fla.