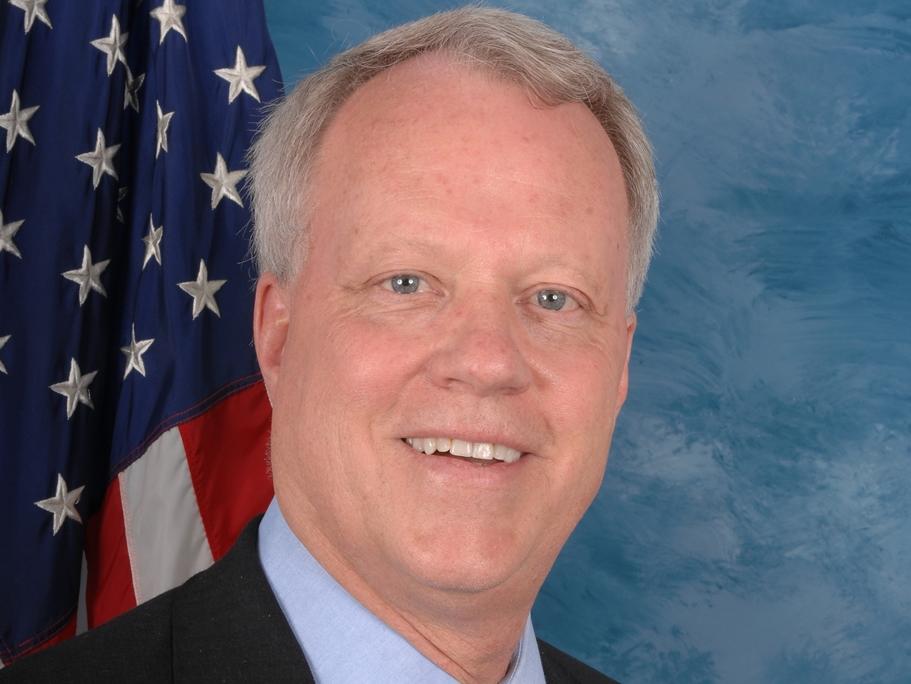 The primary race for Georgia’s open U.S. Senate seat heats up in the first weeks of 2014 with the election looming May 20.

For Rep. Paul Broun (R-Athens), the race is all about liberty.

Broun and three of his opponents in the crowded Republican primary for U.S. Senate came by GPB’s studios in late December to talk about the race and their candidacy (see below for links to those other conversations).

Broun is a medical doctor, a former Marine and a Naval reservist who served as a doctor in Afghanistan in 2012.

Some highlights of the conversation:

Broun repeatedly explained his Affordable Care Act alternative, the so-called Patient Option Act, calling it his most-significant achievement.
“The best piece of legislation I wrote is, no doubt, my Patient Option Act. It’s a 77-page bill that will repeal Obamacare, it will put in place policies so that people can run their own healthcare lives. It will reduce the cost of insurance for everybody. People who cannot afford insurance today, under my Patient Option Act, [they] will be able to afford it. It provides access to good quality healthcare for all Americans. It does some very innovative things such as giving a provider a tax credit for seeing indigent patients. I’ve literally given away hundreds of thousands of dollars of my services over my medical career. We give an individual a tax credit to contribute money to a local clinic, a local hospital or the health department to take care of indigent patients. It makes all healthcare expenses 100 percent tax deductible for everybody. The Patient Option Act is the piece of legislation I’m proudest of. It’s the one that we need to pass into law.”

Broun says sets his approach to legislation sets him apart from his competition.
He said he has used a four-part test for any proposed bill since he won a special election to his District 10 seat in northeast Georgia:

“First, it is constitutional according to the [founders’] original intent? There are only 18 things that, technically, Congress should be voting upon. Strong national defense should be the major function of the federal government.

“The second question: is it right? Does it fit the Judeo-Christian Biblical principles that our nation was founded upon?

“Third, do we need it? We’re doing a lot of things that the federal government shouldn’t be doing.

“And the fourth one, can we afford it? What we should be affording is a strong national defense and national security. What we can’t afford is a Department of Education that’s spending almost $70 billion a year of our hard-earned taxpayers’ dollars.”

“Let’s save those dollars here in Georgia,” he said. “Let’s pay our teachers more. Let’s let parents and teachers run the education of their children in the local communities instead of those fat-cat bureaucrats putting shackles on their teachers.”

Broun brushes off political observers’ suggestion that his conservative views could help him win the primary but push general-election voters toward Democrats.
“The only way that a Democrat has any possibility of winning this race—and frankly, I think it is very minor at that—is if we nominate a mamby-pamby, big-spender, big-government, big-earmarking Republican who is nothing but somebody who wants to build a bigger government, just like we’ve seen both parties build in Washington. That may a Democrat the chance to win. But otherwise, when I’m nominated, I’ll be the most-electable candidate out of the whole Republican field that’s out there now in this race.”

Broun has courted controversy in Congress but says he’s not toning down his message for the campaign.
Broun has been a conservative lightning rod, calling evolution and the Big Bang theory “lies straight from the pit of hell” and repeatedly calling President Obama a socialist. He has so far avoided those kinds of controversial statements on the campaign trail, but he said that’s not a result of changed views.

Broun says he’ll have greater ability to rein in government in the Senate versus in the House.
“In the Senate, one person standing firm on principle can have a greater wherewithal on how legislation’s handled and how policy’s developed. You see, we’ve got an obstructionist in [Senate Majority Leader Harry Reid] that has stopped all the good bills that the House has passed.

So how will Broun work with Reid if the Democrats maintain control of the Senate?

“I’ll do everything I can, and what I’ve been doing on my Patient Options Act and trying to repeal Obamacare. We’ve got to get the American citizens to demand a different kind of governance. You see, the most powerful political force in this country, in our system of government, is embodied in the first three words of the U.S. Constitution: ‘We the people.’

“We’ve got to stop this mentality that Republicans and Democrats alike have in Washington where they’re governing over the people. It should be a government of the people, by the people and for the people.”

Broun said he thinks citizens are going to start demanding more action from Congress and he expects that will mean some established leaders on Capitol Hill might lose their jobs.

“We absolutely must have a revolution at the ballot box. That’s what I see brewing all over this country. Look at the polls. It’s a reflection of that ballot-box revolution occurring in this country, and I’m going to lead that revolution.”

Other Senate Conversations:
Click here to listen to our conversation with Rep. Phil Gingrey (R-Marietta).

Click here to listen to our conversation with former Secretary of State Karen Handel.

Click here to listen to our conversation with Rep. Jack Kingston (R-Savannah).