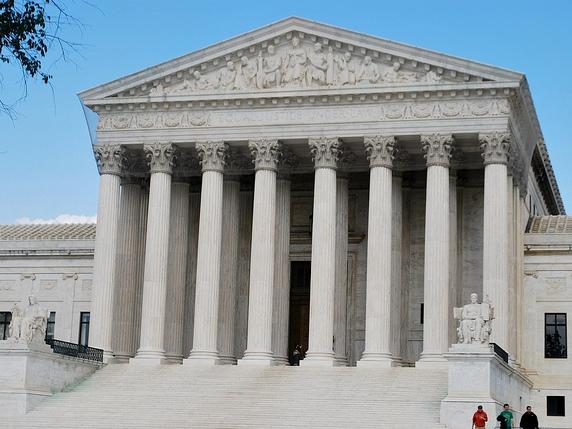 Calculating the cost to taxpayers, a new study released Thursday says Georgia could see a net loss of $2.9 billion in the year 2022 if it continues to reject Medicaid expansion.

That’s because Georgia taxpayers would be paying for expansion of Medicaid in other states, while not getting anything in return, said the Commonwealth Fund study. Additional federal funds go to states that expand Medicaid.

Only Texas and Florida would have net losses higher than Georgia among 20 states that have opted not to expand Medicaid, said the study, conducted by Sherry Glied and Stephanie Ma of New York University.

Georgia would see a net loss of $2.86 billion in 2022 if it were the only state remaining that did not increase its Medicaid program to cover more low-income adults, said the study, which takes into account the federal taxes paid by state residents for other states’ expansions.

“The Medicaid expansion presents an opportunity for states to bring in new federal dollars, in addition to providing critical health coverage for their low-income residents,” said Glied in a statement. “No state that declines to expand the program is going to be fiscally better off because of it. Their tax dollars will be used to support a program from which nobody in their state will benefit.”

Expansion of Medicaid in the individual states is an important feature of the Affordable Care Act. Expansion became voluntary for states due to the Supreme Court’s 2012 ruling on the ACA.

The federal government pays 100 percent of a state’s total expansion costs through 2016. The federal contribution will decline to 90 percent by 2020, and stay at that amount thereafter.

The study used 2022 as its base year, when the federal share is at a maintenance level. But the cumulative net loss to taxpayers from 2014 onward would be much greater than that of a single year, Glied said.

Some Republican governors, while they oppose the ACA, have agreed to implement expansion in their states.

But in Georgia, Gov. Nathan Deal, also a Republican, has been steadfast in his decision not to expand Medicaid. He says it would ultimately be too costly. A spokesman for Deal, Brian Robinson, reiterated in an email to GHN that the state cannot afford expansion. “That hasn’t changed.”

An alternative plan – putting the expansion population into private health plans, an idea pioneered by Arkansas – “is probably even more expensive for the state," Robinson said.

State Sen. Josh McKoon (R-Columbus), an opponent of expansion, said recently, “When we have finite resources, and the federal government is totally unwilling to give us the flexibility to address these problems, it’s just impossible to accept the quote-unquote solution being offered from Washington,” McKoon said.

More than 400,000 low-income Georgians could remain uninsured in 2014 if the state continues to reject expansion, according to the Kaiser Family Foundation.

The Commonwealth Fund study also found that if Georgia expanded Medicaid, it would receive $4.9 billion in federal funding in 2022. That amount would surpass the $1.7 billion that the state would receive that year in federal transportation funding, and would represent 45 percent of the $10.7 billion Georgia would get from federal defense contracts in 2022.

“Relative to other federal funding streams that come to Georgia, Medicaid expansion is significant,’’ said Tim Sweeney, director of health policy at the Georgia Budget and Policy Institute. “It dwarfs highway funding.”

The study said that Georgia would spend $573 million in 2022 if it opts for expansion, compared with $1.7 billion in incentive payments the state is projected to spend that year in order to attract private business.

Bill Custer, a health insurance expert at Georgia State University, said the new Commonwealth Fund study “makes it really clear that taxpayers would be better off with Medicaid expansion.’’

Custer authored a report earlier this year that concluded an estimated 70,000 new jobs would be gained if Gov. Deal approved expansion. That study, commissioned by Healthcare Georgia Foundation, also said expansion would produce an economic impact statewide of $8 billion annually.

Another economic benefit, Custer said, would be that more insurance coverage would lead to healthier citizens – and a more productive workforce.

“In states that elect not to expand Medicaid, millions of their most vulnerable residents will be unable to gain health insurance,” said Commonwealth Fund’s president, Dr. David Blumenthal, in a statement.

That human factor is voiced by Atlanta resident Valerie Barker, 51, who has no insurance, and whose low income would make her eligible for Medicaid if the state expanded the program. Her income is too low to qualify for subsidies in the health insurance exchange.

Barker told GHN recently that she has several health conditions, including diabetes, obesity, heart failure and bipolar disorder. She receives charity care through the Mercy Care clinic in Atlanta.

Somebody is paying the tab for that care, Barker said.

“It’s very high cost,’’ she said. “It would be more economical if Georgia would expand Medicaid for people like myself.’’