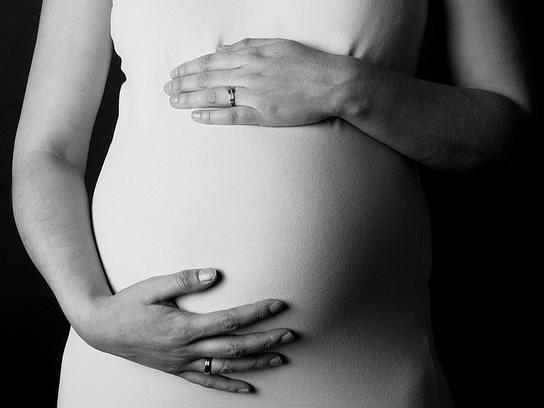 The nation’s rate of maternal mortality has been steadily rising, and nowhere is that increase more evident than in Georgia.

Georgia has the highest rate of maternal deaths among the 50 states, according to public health officials here.

That increase has kept the state “at the bottom of the pile when it comes to maternal mortality,” said Dr. Seema Csukas, director of the Maternal and Child Health Section for the state Department of Public Health.

Maternal mortality, or “pregnancy-related death,” is defined by the CDC as the death of a woman while pregnant or within one year of pregnancy termination from any cause related to or aggravated by the pregnancy or its management.

The Department of Public Health said Tuesday that it has been conducting an analysis of maternal deaths in Georgia. The agency is also partnering with the Association of Women’s Health, Obstetric and Neonatal Nurses (AWHONN) and Merck for Mothers in a project to reduce the number of women who bleed to death during or after pregnancy.

The “Postpartum Hemorrhage Project” is also being conducted in New Jersey and the District of Columbia.

Dr. Brenda Fitzgerald, commissioner of Public Health, says the state is determined to reduce its maternal mortality rate. Fitzgerald, an ob/gyn, notes that many obstetric hemorrhage deaths are preventable.

She has urged birthing hospitals to participate in the hemorrhage initiative.

“Your hospital has the opportunity to be part of a select group providing information that will help shape innovative quality improvement practices for postpartum hemorrhage,’’ Fitzgerald said in a letter last month to hospital leaders in the state. “Hospitals selected to participate in the learning collaborative will work with local leaders and a group of national experts composed of nurses, physicians, and AWHONN staff to identify areas of improvement and work to change clinical practice at their facility.

The Georgia Hospital Association said Tuesday that birthing hospitals in the state are already working on reducing maternal mortality.

Lashea Wattie, a clinical nurse practice specialist at WellStar Kennestone Hospital who has been coordinating the AWHONN effort in the state, said Georgia was selected because of its high mortality rate and its broad cross-section of delivery hospitals.

To lower these rates, doctors, hospitals and other health professionals can better identify women who have the greatest risk of postpartum hemorrhage, detect early signs of bleeding, and improve their response to hemorrhage, Wattie said.

She noted that women in the U.S. have a higher risk of dying from postpartum hemorrhage than women in 45 other countries.

With advances in medical technology, Wattie said, it’s surprising that the maternal mortality rate is increasing. “You would think it would be decreasing,’’ she said. “That’s why we’re stepping in to do something about it.”

The CDC says identification of pregnancy-related deaths has probably improved over time for various reasons: the use of computerized data links by the states, changes in the way causes of death are coded, and the addition of pregnancy checkboxes to death certificates in many states.

Whether the actual risk of a woman dying from pregnancy-related causes has increased is unclear, the CDC says.

Many studies show that an increasing number of pregnant women in the United States have chronic health conditions such as hypertension, diabetes and chronic heart disease, the CDC notes. These conditions may put a pregnant woman at higher risk of adverse outcomes.

A recently published article in the journal Nursing for Women’s Health says cardiovascular-related deaths may be connected to later-life pregnancies and repeat caesarean surgical deliveries.

Csukas said Georgia is reviewing its maternal mortality cases with the goal of finalizing a report next year.

“The important thing is we have recognized this is an issue in Georgia,’’ she told GHN. “We’re trying to get to the root of the problem.’’