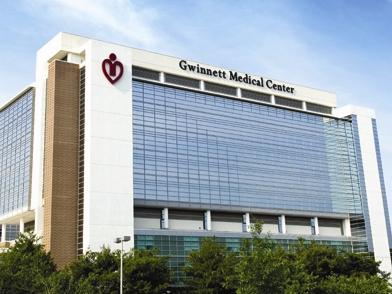 Hospital readmissions are bad for everyone.

They’re obviously bad for discharged patients. No one wants to leave the hospital, get worse instead of better and then have to be hospitalized again.

Readmissions are also bad for the hospitals involved, because they can be penalized by Medicare for a high readmission rate within 30 days of discharge.

But new efforts to improve care coordination among hospitals, nursing homes and other providers are succeeding in reducing readmission rates, experts say.

A big driver in this change has been the readmission penalties that hospitals now face. These penalties were created by the 2010 Affordable Care Act.

Jonathan Blum, deputy administrator of the federal Centers for Medicare and Medicaid Services, told GHN recently that the penalties have forced hospitals and nursing homes to improve their coordination.

Many of these return hospital trips could have been prevented, and preventable hospital readmissions cost Medicare billions of dollars a year.

The penalties are based on readmissions of Medicare patients initially admitted to a hospital with a heart attack, heart failure or pneumonia. Medicare, taking the severity of these patients’ illnesses into account, calculates how many of them a given hospital should have to readmit. Hospitals that readmit more than the agency projected receive fines.

Kaiser Health News recently announced that Medicare will impose fines on 73 Georgia hospitals for excessive readmissions of patients within 30 days of discharge.

KHN reported that 68 percent of eligible hospitals in the state received a penalty — roughly the national average.

“The net beneficiary should be the patient,’’ he added.

Jon Howell, president of the Georgia Health Care Association, a nursing home industry trade group, said in a statement to GHN that “Georgia’s skilled nursing care facilities embraced this opportunity to implement new policies that save taxpayer money while safeguarding the health of their residents.

Attention on readmissions has been shown to lower rates. A study published in the Journal of the American Medical Association in January found that QIOs in 14 communities — including one in the Atlanta suburbs — produced an average 6 percent decrease in hospitalizations and re-hospitalizations over two years. That was nearly twice the pace as in comparison sites.

The project prevented an estimated 80 Medicare hospital admissions in the suburban Atlanta area, translating into $750,000 in savings.

Statewide, the stronger focus on hospital readmissions has dropped the state’s rate by 15 percent since August 2011, according to Alliant GMCF, the QIO in Georgia.

Alliant GMCF says it facilitates meetings in communities across the state on reducing readmissions, from the Dalton area in North Georgia to Valdosta in South Georgia.

A group in the Savannah area produced a drop of 35 percent in readmissions from a few nursing homes to a hospital system, Hodge says.

“Hospitals are much more engaged and desiring to work with nursing homes to reduce readmissions,’’ she says.

And nursing homes with high rates of sending patients back to hospitals can be penalized by hospitals not sending recommending them to families (though patients always have the choice of facilities).

But a bigger brake on readmissions is coming.

Starting in October 2014, Medicare will increase the final maximum penalty to a 3 percent payment reduction for all patient stays. Also next year, Medicare plans to consider cracking down on readmissions for more conditions, including chronic lung disease and elective hip and knee replacements.