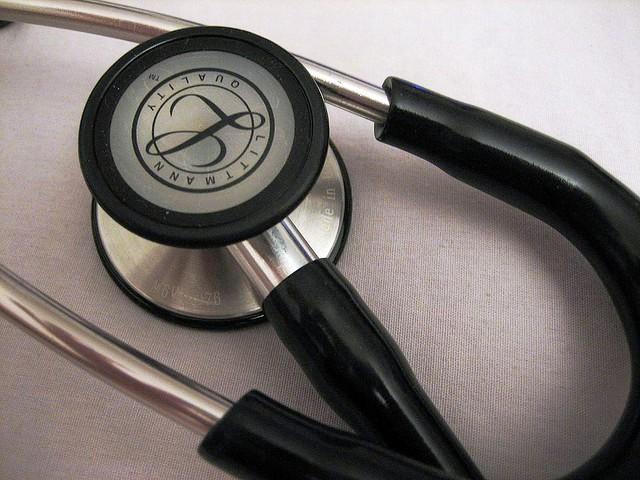 When Athens resident Ruthann Lariscy’s joints began to ache last spring, she assumed it was simply because she was growing older.

But when the pain persisted and interfered with activities like gardening or cooking, she talked to her primary care doctor. He took the situation seriously and referred Lariscy to Dr. Will Chafin, a rheumatologist.

Chafin came to Athens just over a year ago with the Arthritis Center of North Georgia, a group practice that began more than 50 miles away in Gainesville. Before the center opened its Athens office, doctors in the group drove to the city once a week to see patients.

The center branched out to the historic university town because the demand there was overwhelming. Before Chafin and his partners set up shop in Athens, there were no practices specializing exclusively in rheumatology.

Chafin diagnosed Lariscy with rheumatoid arthritis, an autoimmune disease. Though it often appears or worsens as people grow older, rheumatoid arthritis cannot be shrugged off as simply a byproduct of aging. It requires treatment with individually tailored medication and therapy.

Being able to obtain specialized care so close to home is a comfort to Lariscy and helps make a painful disease more tolerable.

“I’ve had people tell me that I was very lucky to be diagnosed with [rheumatoid arthritis] now,” said Lariscy “because now there is consistent good care here for it.”

Pent-up patient demand wasn’t the only magnet that drew Arthritis Center of North Georgia to Athens. The group knew that a new supply of future doctors was coming on line in Athens. In August 2010, the first class of 40 students began their studies at the Georgia Regents University/University of Georgia Medical Partnership. Now those first students are about to graduate, the medical school has moved to a sprawling new campus, and the faculty has grown.

Like other, older medical schools, this one is set to become a draw for aspiring and practicing physicians alike.

“We receive constant contact from people who considering coming to Athens,” said Chafin. “We’re not even out searching for people, but I think it has a lot to do with the med school being here.”

The ability to attract a wider range of specialized physicians is a boon for Athens, which was something of an anomaly before the medical campus was created. There are two established hospitals and large group practices in several areas, including orthopedics, internal medicine and cardiology, but there were gaps.

“To be a big university town and for people to have to leave for subspecialty care is kind of unusual,” Chafin said.

A learning environment
The range of medical care available in Athens is expanding rapidly, and locals are hopeful that this trend will continue.

The relationship between the medical school and the community is mutually beneficial. The students learn from the doctors, and doctors say that teaching is valuable for them as well.

Soon there will be residency programs, too, where students who have just earned their M.D. degrees will develop specialized skills.

Chafin is one of many local physicians who are “shadowed” by individual medical student two months out of three. Being under such constant observation doesn’t bother him. Quite the contrary.

“I feel like . . . [the students] keep me young,” he said. “They keep me wanting to learn. I’m trying to teach them stuff, and they can teach me stuff that I haven’t learned in a while.”

Lariscy, who was a UGA professor for many years before her recent retirement, loves interacting with the medical students who help care for her at Arthritis Center of North Georgia.

She feels like she’s keeping her hand in as an educator.

“I’m so glad now that we have a teaching facility,” said Lariscy, “It’s made a huge difference.”

Jodi Murphy is a graduate student at the University of Georgia Grady College of Journalism and Mass Communication, pursuing a concentration in Health and Medical Journalism. She is particularly interested in environmental and global health, as well as women’s issues.