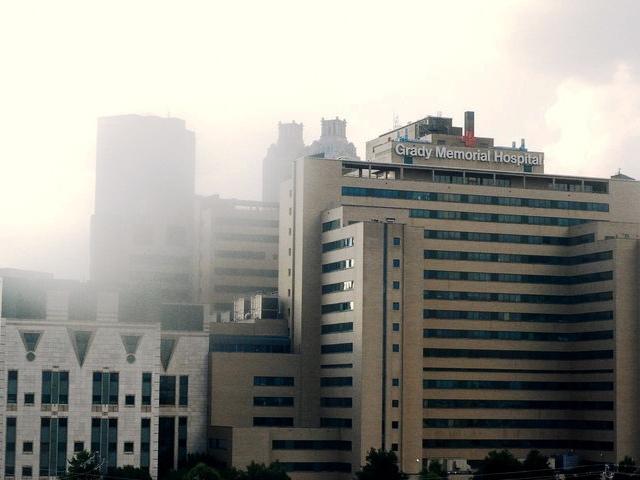 That’s how patient advocates and providers describe the effects of the possible loss of Grady Health System’s mental health program.

The mental health program, nevertheless, could be on the chopping block as the Atlanta safety net provider confronts nearly $100 million in funding cuts.

“Mental health is one [area] that would be looked at,’’ CEO John Haupert told GHN recently. The program loses $6 million annually, he said.

Grady is the second-biggest provider of mental health services in the state, behind the prison system, Haupert told a Rotary Club audience in Atlanta last month.

Grady Memorial Hospital in downtown Atlanta is facing up to $24 million in Medicaid funding reductions, plus an eventual annual hit of $45 million from a federal cut in money for hospitals that serve a high number of low-income patients.

When those reductions are combined with Fulton County’s proposal to decrease its funding to Grady by $25 million, the safety net health system may have to make deep cuts in its operations.

Haupert said these additional cost-saving measures could include raising co-pays for doctor visits and prescription drugs. Other potential targets of the budget ax are the six clinics that Grady runs in Fulton and DeKalb counties.

Ellyn Jeager of Mental Health America of Georgia said closing the Grady program “would be devastating.’’

“Who would take these patients?” Jeager said. “Where would they go? Nobody is going to step up and take Grady’s place.”

“Their symptoms will not magically disappear just because Grady does,” she added.

Nadine Kaslow, chief psychologist at Grady Hospital, said it’s critical that a comprehensive health system like Grady provides services to people who have both behavioral health and physical health needs.

Closure of the Grady mental health program would be “an absolute disaster,’’ Kaslow said. “We would have more people on the streets, and more people . . . [getting] treatment in jails. It would increase stigma.

“I think our local communities and the state [should] put a greater priority in funding these services,” she said.

Alan Harris, founder of the Coalition for Homeless People With a Mental Illness, noted that Grady’s outpatient program serves “a huge number of people,’’ and that getting a mental health appointment is already difficult.

For the homeless and uninsured in central Atlanta, a closure of the Grady mental health program, Harris said, “would be catastrophic.”