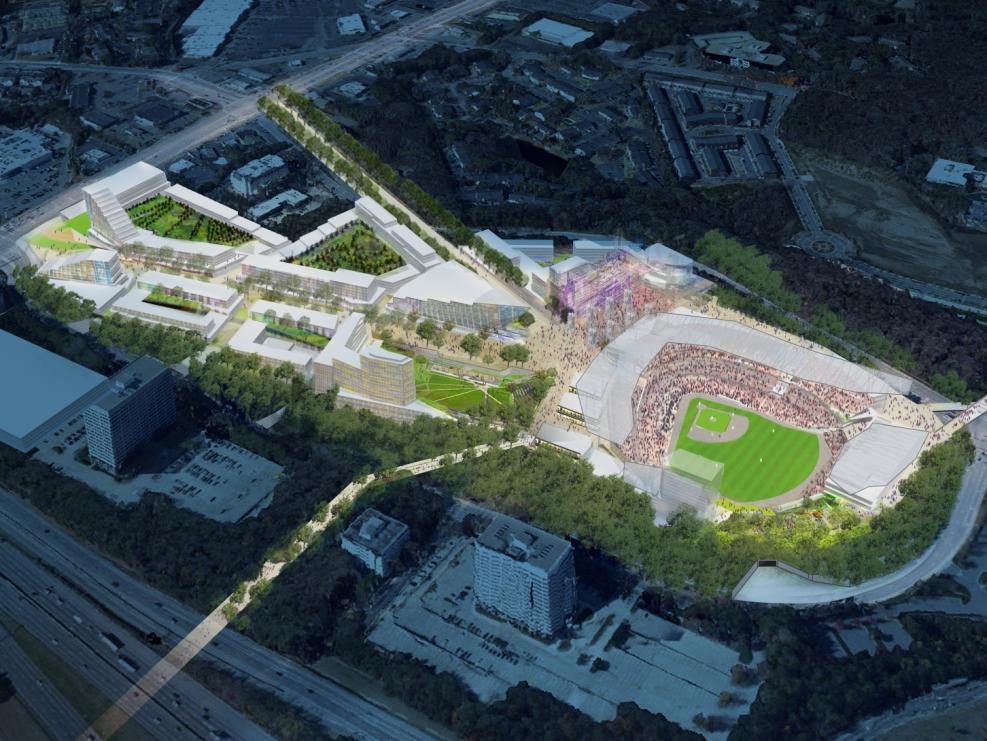 People in Cobb County had their chance Monday to weigh in on the proposed new Atlanta Braves stadium in their backyards. Meanwhile, some watchdogs and taxpayer groups are mobilizing to slow the process of approving public money for the project.

Three Cobb County commissioners scheduled separate town halls for Monday to gather public input ahead of a vote scheduled Tuesday evening. But one watchdog group is pushing for more: a public referendum.

“When we’re talking hundreds of millions of dollars and a project that’s going to impact the region more than any other for a long time, this is important enough for citizens to be able to weigh in directly,” said William Perry, executive director of Common Cause Georgia.

The group pushed unsuccessfully for a similar vote on the new Atlanta Falcons retractable-roof stadium earlier this year.

“Cobb County commissioners can learn a very important lesson from the Atlanta City Council, where they quickly passed a plan even though they had spent months talking about it [and] holding public hearings,” Perry said. “The plan came out four days before the vote actually happened--very similar to this case--and what happened in Atlanta was that members of the council found out things after the fact that they ended up saying, ‘If I had known that, I wouldn’t have voted for it.’”

Cobb commissioners have said it would be too expensive to hold a voter referendum on the Braves project.

Another group, Cobb Citizens for Governmental Transparency, delivered a letter to the Board of Commissioners Monday asking that the Tuesday vote be postponed for 60 days.

"There’s more questions right now than there are answers," said Rich Pelligrino, one of the group's leaders. “We think we’ve given [commissioners] a win-win with just asking them for a delay.”

Pelligrino said the extra time would give residents a chance to become fully informed about the project.

Several other organizations, however, banded together Monday to announce their support for the Braves stadium project and to urge commissioners to go forward with the vote.

"Delaying puts the construction timeline and opening day schedule in jeopardy. The stadium and entertainment district will require a year to finance, design, and engineer, and then another two years to build. This is a tight timeframe."

The deal before commissioners calls for $300 million in public funds to help pay for the $672 million stadium.

If the Board of Commissioners does vote to approve the project Tuesday, Pelligrino said that will not be the end of the issue.

A poll by Atlanta’s WXIA-TV and SurveyUSA found 58 percent of metro Atlantans do not think Cobb County should use taxpayer money to fund the Braves stadium.

Contributors: This report also contains material from the Associated Press.