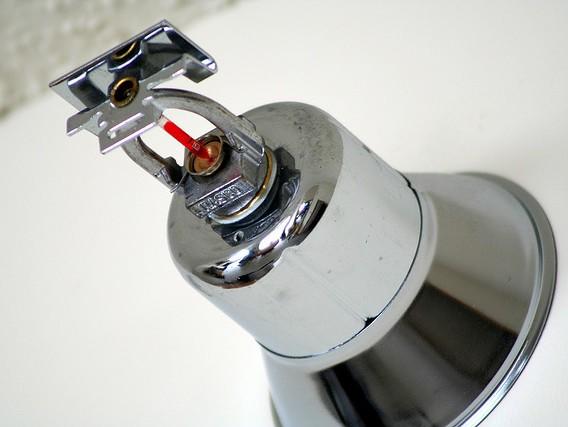 More than 900 U.S. nursing homes, including six in Georgia, have been listed by federal officials as not fully complying with a regulation to have automatic fire sprinklers in every patient area.

The Centers for Medicare and Medicaid Services (CMS) sent a memo to state officials last week on the sprinkler rule compliance. It did not identify the nursing homes that are not fully sprinkler-equipped. The deadline for installation was Aug. 13.

In 2008, CMS issued a rule that the long-term care industry had five years to install the systems in the approximately 16,000 U.S. nursing homes, where more than 1 million Americans live.

The federal rules came in response to the deaths of 31 people in nursing home fires in Nashville, Tenn., and Hartford, Conn., in 2003.

After the deadly fires, “there was enormous pressure on CMS to respond,’’ said Alan Horowitz, an Atlanta attorney with law firm Arnall Golden Gregory who specializes in long-term health care issues.

Georgia’s record appears to be good compared with other states on the rate of compliance with the sprinkler regulation.

Only two Georgia nursing homes have no sprinklers, while four others are classified as “partially sprinklered.’’ The six facilities represent less than 2 percent of the nursing homes in the state.

The state Department of Community Health said Thursday that it has requested detailed information from CMS on the sprinkler issue. The agency said it was not able at this time to verify the names of the nursing homes classified as not fully sprinklered.

CMS told GHN in a statement Thursday that “an automatic fire sprinkler system is a critical component of appropriate fire protection within a nursing home and greatly mitigates the risk of harm to residents and damage to property in case of a fire.”

In its memo, CMS acknowledged that the list of noncompliant facilities may not be fully up to date. The data are based on the most recent survey of each facility, the agency said.

For example, CMS said, a facility that was “unsprinklered” at the time of the survey in January 2013 may have had sprinklers installed after January but not had a recertification survey as of November. “As a result, our database will not have recorded the fact that the facility achieved full sprinkler status,” the memo said.

A facility can receive a deficiency notice that results in not being able to get payment for any new Medicaid or Medicare patients. But if a nursing home implements “extraordinary protective actions’’ to ensure patient safety, it may be able to reduce the severity of the deficiency cited, and possibly eliminate the sanction, Horowitz said.

The installation of a sprinkler system can be expensive. The cost for a large facility could cost well into six figures, Horowitz said.

Five years ago, the industry said the cost would be a financial hardship on some owners, especially in rural areas, the Washington Post reported.

The 2003 blazes in Hartford and Nashville focused regulators on gaps in fire protection rules. Intense media scrutiny and a Government Accountability Office report in July 2004 helped prompt the push for mandatory sprinklers, the Post reported.

“It is 35 to 40 years overdue,” said Janet Wells, director of public policy for the National Citizens’ Coalition for Nursing Home Reform, a Washington group that works to protect residents’ rights, according to the 2008 Post report

The GAO report was critical of “weaknesses” in federal fire standards and oversight. It said neither the Hartford or Nashville facilities had smoke alarms or sprinklers where the fires originated. It was critical of waivers that regulators handed out to excuse homes from fire standards. And it said state and federal oversight relied on faulty and unaudited state surveys, the Post article said.