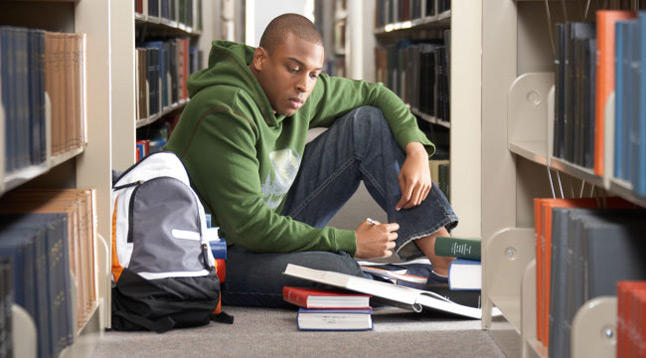 According to the U.S. Department of Education,there are more than 1.4 million black men in college right now.

The University of Georgia has some of the highest retention and graduation rates of African-American males in the country.

While these facts sound pretty good, an issue remains.

So the problem isn't keeping African-American males in school and getting them to graduate, but rather getting them in the door in the first place.

The University of Georgia's Office of Institutional Diversity has launched the African-American Male Initiative, a program targeted at enrolling, retaining and graduating African-American males.

The program, which is funded by a $10,000 grant from the University System of Georgia Board of Regents and part of a larger network of African-American male initiatives in the system, is co-directed by the Office of Institutional Diversity and the Division of Student Affairs.

“We really have a great story to tell in terms of our African-American undergraduate students,” says Michelle Garfield Cook, UGA's associate provost for institutional diversity. “We have a high African-American graduation rate. For our males, that rate is 77 percent which is much higher than the national average.”

Cook said this grant will help them collect more data on why more black males don’t consider UGA when apply to colleges.

“What we think is that we need to do more in terms of building a sense of community and leadership opportunities for African-American males, at least in terms of perception.”

Cook added that those opportunities are at UGA, but the school may be suffering from an issue where students may not perceive the university as a place where they can be successful.

Currently, there are nearly twice as many black females enrolled at UGA than males. In many ways, that statistic mirrors the national application rate of African-American students.

From 2002-when the University System of Georgia's African-American Male Initiative was founded-to 2011, African-American male enrollment in Georgia colleges and universities climbed from 17,068 to 30,847, an increase of more than 80 percent.