The Math Behind Medicaid 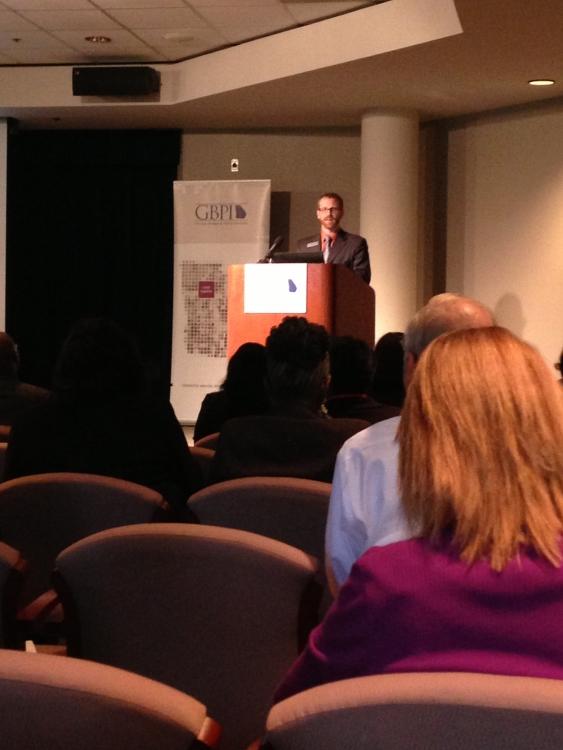 Georgia could be missing out on $35 billion in federal money over the next 10 years, according to the Georgia Budget and Policy Institute. The group held a forum Thursday to discuss why the state could benefit from expanding Medicaid under the Affordable Care Act.

The ACA provides billions in federal funding for states that expand Medicaid coverage to more of their low-income residents. Right now, those people fall in what is being called the “coverage gap,” because they do not make enough to qualify for subsidies in the insurance marketplace and they make too much to get Medicaid benefits. The federal government would pay for 100 percent of the costs to cover those individuals for the first three years and 90 percent through 2020.

“If we look at the state spending, for every dollar that we spend, we’ll bring about $14.45 in new federal funds and when those dollars go out into the economy, out into the healthcare sector, it creates a $30 boost in economic activity,” explained Tim Sweeney, director of health policy for the GBPI. “So, for every dollar we invest in this, our economy gets a $30 bonus. That’s a heck of a return on investment.”

Governor Nathan Deal, however, has maintained he will not expand Medicaid in Georgia.

“If it’s such a great thing, if this is going to be such a boon to local economies, why are half of states saying, ‘No way.’?” asked Brian Robinson, a spokesman for the Governor.

Robinson said the state cannot afford to commit to expanding Medicaid because the costs will be too high.

“If we expand Medicaid, we’re on the hook for that 10 percent and most people believe, if they really look at it, that that ten percent isn’t going to stay ten percent forever; that as the federal government looks for ways to pay off its $17 trillion debt, it’s going to start cutting corners on the biggest expenses and Medicaid is going to be one of the biggest expenses,” explained Robinson. “So, it’s going to be a prime target for future budget cutters on the federal level and we have to plan for that. It would be irresponsible to commit future Georgian’s paychecks to a program that we already know is unaffordable.”

Sweeney argued that the future costs of the program would be greatly outweighed by the benefits. Medicaid expansion is projected to create more than 56,000 jobs and $65 billion in economic activity in the state over the next ten years. More than 600,000 Georgians would be eligible for Medicaid under the new guidelines, Sweeney said.