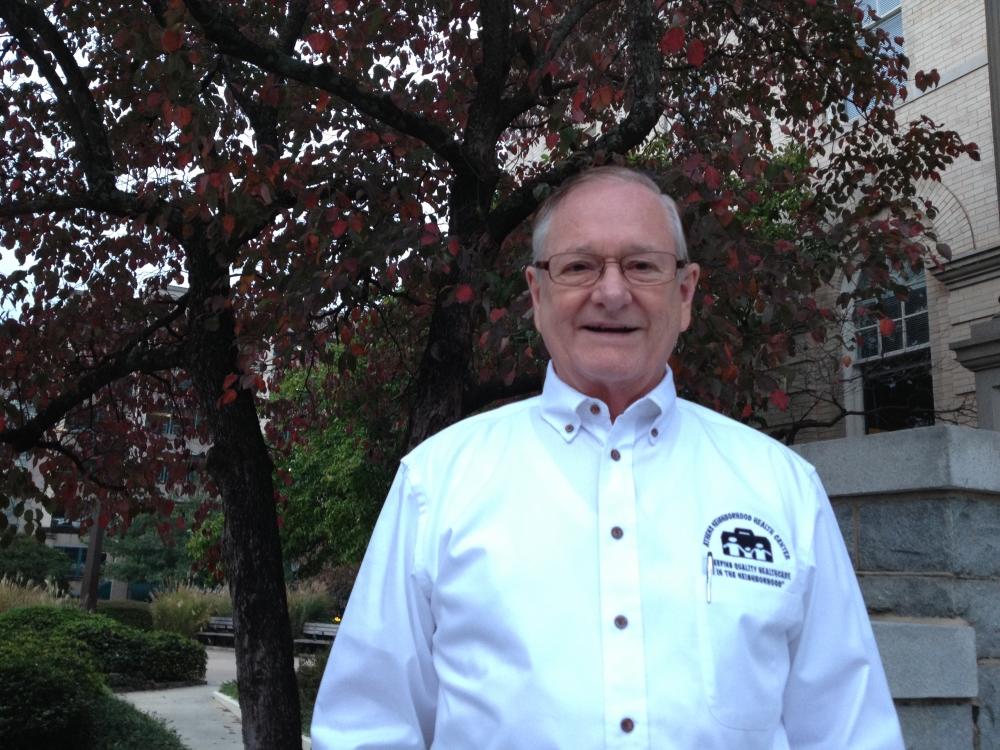 For Harold Weber, an Athens resident who worked in the health insurance industry for 30 years, the most important aspect of the Affordable Care Act is its approach.

Weber watched the rise and fall of HMO plans in the 1990s and believes the ACA will finally succeed where others failed.

“The unaffordable aspect of insurance is never going to go away,” he said. “It took longer than we thought, but we’re facing this question again.”

That’s why he applied to be one of Georgia’s 100 ACA health care navigators. He wants to be part of the solution.

“Everything we did in the mid-‘80s was under the exact same set of forces,” he said. “HMOs fizzled out in the ‘90s as the economy was going gangbusters and employers didn’t care about health insurance costs.”

The marketplaces have had serious technical problems since their debut Oct. 1. Most people who have gone online trying to sign up for coverage have been unable to do so. On Monday, President Barack Obama acknowledged that many Americans are angry about the handling of the rollout and said he is angry, too.

Weber said this week that he is as frustrated as other Americans about the current problems. But he is hopeful that the snags will soon be resolved. He says people will come to recognize the advantages of the insurance exchanges when they look at the economic numbers.

As a country, the United States pays 18 percent of its gross domestic product for health care, far outpacing European nations and Japan. Though Americans spend more than twice as much on health care as people in comparable industrialized nations, the U.S. still falls below at least 25 other countries in health outcomes, according to the World Health Organization.

“We’re not getting anything for that extra $1 trillion we pay,” Weber said. “That’s a bad deal. We must close that gap.”

Though his position as a licensed navigator is still pending, Weber is already informing community and religious groups about the ACA.

He sees his job as telling Georgians just what to expect, and he said he has had to battle a glut of misinformation and misunderstanding about the new law.

“Those coming to the presentations are starved for accurate information,” he said. “They tend to be highly emotional and descriptive about how Obamacare is bad for business, and then they settle down and ask me to tell them the facts.”

After a recent presentation to a church group in Monroe, two attendees approached Weber and asked for additional information to take back to their home churches. When he was at an Athens coffee shop, a member of the Athens Community Council on Aging asked him to make a presentation at the group’s upcoming meeting.

This is the ideal scenario, Weber says — for his presentations to encourage others to spread the word to their community groups. California has hired 30,000 navigators, but Georgia has a mere 100, and will need more help, he said.

“That’s the way this will fly in this state,” he said. “There’s no way 100 of us can enroll everyone ourselves. That’s a drop in the bucket.”

Weber also meets residents one on one to discuss the plans offered by Blue Cross and Blue Shield, Humana, Alliant, Kaiser and Peach State. Trained through the state and the federal Centers for Medicare and Medicaid Services, he can’t encourage Georgia residents to pick a particular plan, but he’s certainly versed in the details. After completing 30 hours of federal training during the last two weeks, he has started Georgia navigator training, en route to getting his state license.

“Once you understand the details, you realize that the ACA is transformative and will change things forever,” he said. “When you give employees the bucks, they can act like consumers and drive down health care costs by buying the best plans for themselves.”

Weber compares the new marketplace system to buying a car. Though consumers must choose from many makes, models, colors, and accessories, they research and buy cars online every day.

“It may seem complicated, but if you do it once or twice, it becomes old hat,” he said. “This system is going to happen. We must fundamentally change the way health care is delivered in the U.S.”

A question of emphasis
Weber and his wife, Marie, moved to Athens from Florida in 2010. As members of several walking organizations — the American Volkssports Association, Georgia Walkers, South Carolina’s UpState PathFinders, and the Asheville Amblers — they continuously look for ways to stay active. By changing the way health insurance operates in America, the ACA can help doctors focus on patients’ long-term health, Weber said, adding that preventive care is the way to address the country’s problems of obesity, diabetes and cardiovascular disease.

“We’re giving doctors the wrong incentives when we pay them fee-for-service,” he said. “We need public health education focused on these lifestyle choices, just as we previously did with smoking campaigns.”

When Weber worked at Prudential Insurance in Charlotte in the 1980s, he and coworkers started a subsidiary of the company to focus on HMO contracts.

President Richard Nixon signed the Health Maintenance Organization Act in 1973. The initial idea — to transform health care delivery by offering a continuum of care and an integrated delivery system at a lower price to consumers — was a big change for many doctors focused on their independent practices.

Now that technology developments are bringing in electronic medical records and innovation, and medical students are learning about health care teams, the changes just might work this time, Weber suggested.

Changes brought about by the ACA will take time. Navigators hope to help reach a goal of enrolling 7 million people in the health insurance exchange by the end of March.

“I know what it’s like to ramp up large clients, and this is bigger than anything I’ve ever done,” Weber said. “It’s a five-year ramp-up at least.”

Word-of-mouth and social media will likely become the biggest players in the enrollment game, he added.

“That’s the way this system will roll out,” he said. “It’s here to stay, and it’s going to mushroom.”

Carolyn Crist is pursuing her master’s degree in Health and Medical Journalism from the University of Georgia. She graduated from UGA in 2010 with degrees in newspapers and English and worked at The Times in Gainesville as an education and political reporter.