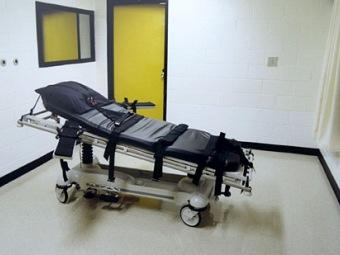 Georgia state lawmakers are taking a close look at a law that requires death penalty defendants to prove beyond a doubt they are mentally disabled to be spared execution on those grounds.

A House committee plans to meet Thursday to hear input from interested groups and members of the public.

Georgia was the first state to ban the execution of mentally disabled death row inmates. But it also has the toughest standard for proving that disability. Other states that impose the death penalty have a lower threshold, while some don't set standards at all.

Committee chairman Rep. Rich Golick, a Smyrna Republican, said the toughest-in-the-nation status compels lawmakers to review the statute. But he said that just because they're discussing it doesn't mean changes to the law will be proposed.