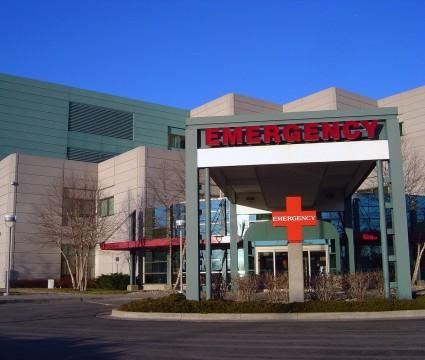 For people with low incomes, Georgia ranked 46th in health care access and affordability, 47th in performance and treatment, 34th in potentially avoidable hospital use, and 35th in healthy lives, according to the report.

It was released Wednesday by the Commonwealth Fund, a New York City-based foundation that supports independent research on health policy.

The report appears a day after the U.S. Census Bureau reported that Georgia has the sixth-highest rate of uninsured residents, with its three-year average at 19.3 percent. While that rate has recently been relatively stable, the state has shown a long-term decline in insurance coverage, says the Georgia Budget and Policy Institute.

Several other Southeastern states were also at the bottom of the Commonwealth Fund rankings, though not South Carolina, North Carolina or Virginia.

For example, low-income elderly Medicare beneficiaries in Connecticut and Wisconsin are less likely to receive high-risk medications than are higher-income elderly in Mississippi, Louisiana and Alabama, the report said.

“We found repeated evidence that we are often two Americas, divided by income and geography when it comes to opportunities to lead long and healthy lives,’’ Cathy Schoen, Commonwealth Fund senior vice president and lead author of the report, said in a statement. “Our hope is that state policymakers and health care leaders use these data to target resources to improve access, care, and the health of residents with below-average incomes.”

Among the most alarming statistics for Georgia is that the state ranks 48th in the rate of adults who went without medical care because of costs, noted Neale Chumbler, head of the Health Policy and Management Department in the University of Georgia’s College of Public Health.

“Even middle-income Americans, if they do have insurance, a lot of times they have high deductibles and forgo preventive care,’’ Chumbler said Wednesday.

Another troubling category for Georgia, Chumbler said, is the percentage of Medicare beneficiaries who received at least one drug that should be avoided in the elderly. The state ranks 45th in this category.

Among positive Georgia rankings: The state is 14th in the number of hospital admissions for pediatric asthma per 100,000 children, and 19th in the percentage of adults who smoke.

Health and geography have a strong correlation, and ‘‘even what neighborhood you live in’’ can make a difference, Chumbler told GHN.

The South’s generally low ranking comes from several factors, including income and limited access to health care providers, he said. The report points to “the need to increase timely access to care,” he added.

The six leading states, Hawaii, Wisconsin, Vermont, Minnesota, Massachusetts and Connecticut, did well across all four performance dimensions, the report found. All six are in the top half of states for the majority of the 30 indicators, particularly those related to ac­cess, prevention, and treatment.

These leading states have among the lowest rates of uninsured adults, con­tributing to more positive health care and health out­comes, the report said.

The Census Bureau report on the uninsured, meanwhile, shows some disturbing trends for Georgia, said Tim Sweeney, director of health policy for the Georgia Budget and Policy Institute.

Georgia’s uninsured rate for residents under age 65 has grown at twice the rate of the nation’s as a whole since 1999-2000, Sweeney said Wednesday.

Georgians also have less coverage through employer plans than Americans as a whole, Sweeney said.