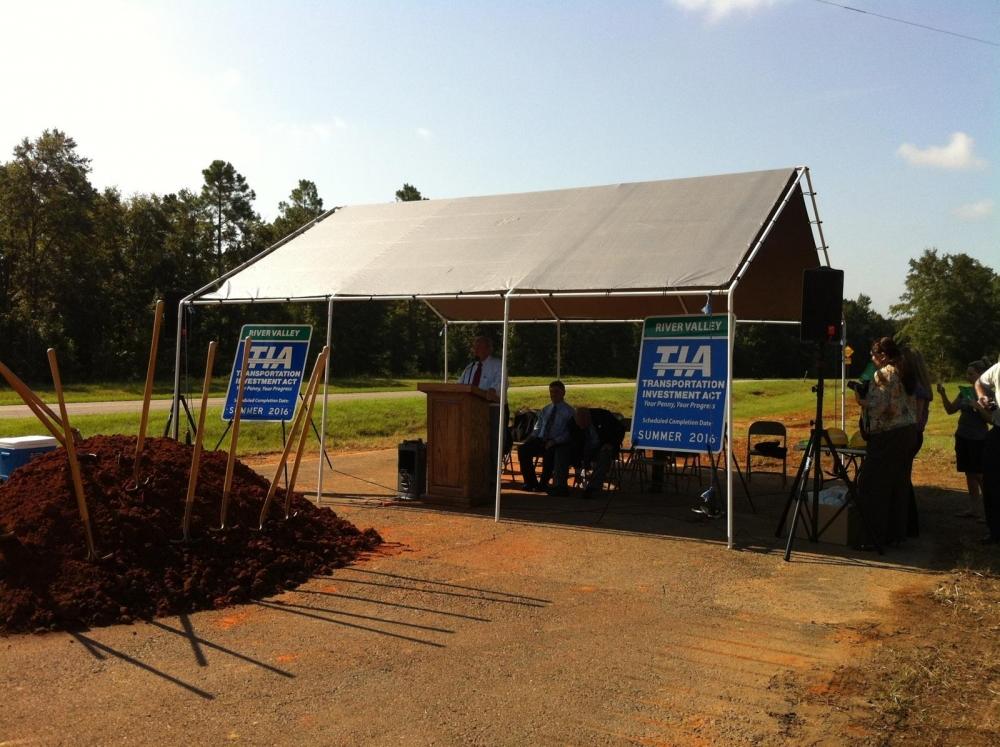 The Georgia Department of Transportation broke ground Wednesday on the first major regional project of the Transportation Investment Act, or TIA. The initiative is commonly known as TSPLOST.

The road project will widen U.S. 27 in Randolph County, just south of Columbus. The area is part of the River Valley region, one of just three regions in the state that voted in favor of implementing the special transportation sales tax in July 2012.

“It’s really a good project for the first project out of the gate for the TIA program,” explained TIA Administrator Mike Dover with the DOT. “I think it exemplifies the fact that we can get these projects, even if they’re off the shelf—if they’re in different stages of delivery, that we can get them ready and get them out the door.”

The River Valley Regional Commission ranked the U.S. 27 improvements above of any other project in the region and the DOT had already done most of the legwork to get it started.

“This project was basically shovel-ready when the Transportation Investment Act was passed last July,” explained Dover.

The project will cost about $31 million and is scheduled for completion in July 2016. Some other project, however, might not happen as quickly as planned because of a lag in tax revenues.

“This is a long program. It’s a ten year program,” Dover stressed. “Collections are actually behind projections anywhere from 13 to 18 percent, but we’re not pushing the panic button just yet.”

Dover said the DOT can change the pacing of the program based on whether TSPLOST revenues increase or decrease over the ten year period.

The River Valley region was expected to collect about $59.4 million each year. Halfway through this year, the tax in that area had added up to about 43 percent of that projected total.