Blank Closes In On Stadium Site 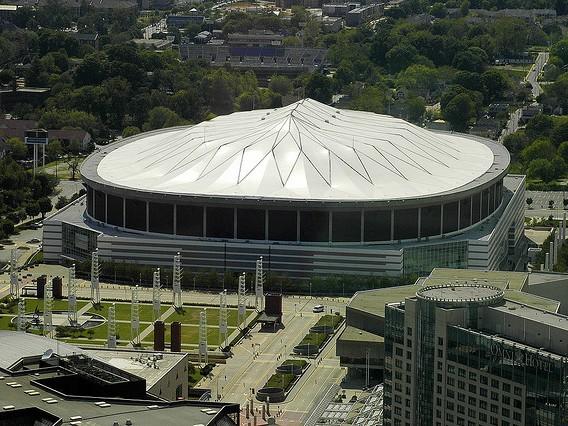 Atlanta Falcons owner Arthur Blank says the team expects to have a site for its new stadium in the next two weeks.

Blank outlined the timeframe during a Wednesday forum that included business leaders in the community.

The team's owner said the Arthur Blank Foundation wants to get involved in enhancing neighborhoods around the new stadium. To the west of the Georgia Dome and both proposed sites for the new stadium are the Vine City and English Avenue neighborhoods.

Earlier this month, Atlanta Mayor Kasim Reed announced that a preliminary $19.5 million deal had been reached to buy the property of one of two churches needed to build the $1 billion retractable-roof stadium near the Georgia Dome. Another site to the north is also being considered.