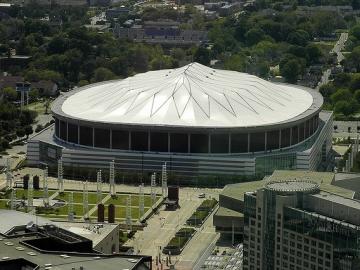 Government watchdog group Common Cause Georgia has until Saturday to collect 35,000 signatures and force a vote on the proposed Atlanta Falcons stadium.

The City of Atlanta announced Tuesday that it had reached a deal to purchase Friendship Baptist Church, which is located on the preferred site for the new facility. The agreed-upon price was $19.5 million.

“That figure definitely raises eyebrows, especially when there is one more church to go even to get there on that site,” said William Perry, Executive Director of Common Cause Georgia. He said the process has lacked transparency. “People just don’t know exactly what the costs are.”

Perry and volunteers from Common Cause have been circulating a petition that would force the city to hold a referendum on the stadium project. That would mean Atlanta voters could choose how their money is spent. So far, Perry said, the group is not sure exactly how many signatures they have collected.

“Quite frankly it’s going to take a miracle to really get us over the top, but we’ll just see what happens,” Perry said. “But we’ve had thousands and thousands of people sign and we haven’t had to ask the questions a lot of times. People are seeking us out at signing locations because they are so fired up about this issue and so I think it’s good to send the message to the city and to the Mayor that people don’t want to pay for this project with public money.”

According to the city, the public portion of the project would be funded by city hotel and motel taxes.