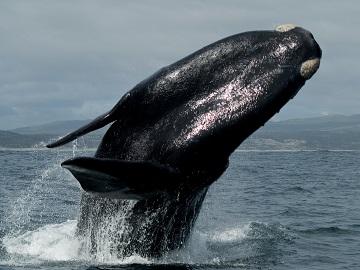 Advocates for endangered whales want ships along the East Coast to keep to their slow speeds.

Right whales are highly endangered and vulnerable to ship strikes.

Officials say there have been no ship-whale strike deaths since then.

But the rules are ending in December.

NOAA wants to make them permanent.

Maris Sidenstezcker of Save the Whales says the slow speeds are critically important for the species.

"There are only a few hundred of them left," says Sidenstezcker. "So if one of these whales, and especially a female, is hit by a boat and killed it's extremely detrimental for the population."

Cole Cosgrove of the Jacksonville based Crowley Maritime company says the industry in general supports the rules but they do cost money.

"If you have a very tight schedule and if it's right down to the minute you would have to make up that time at the other end," says Cosgrove. "So, the cost would be in fuel. An additional hour would be several thousand dollars."

NOAA is taking comments on the proposed rule extension until August 6th.