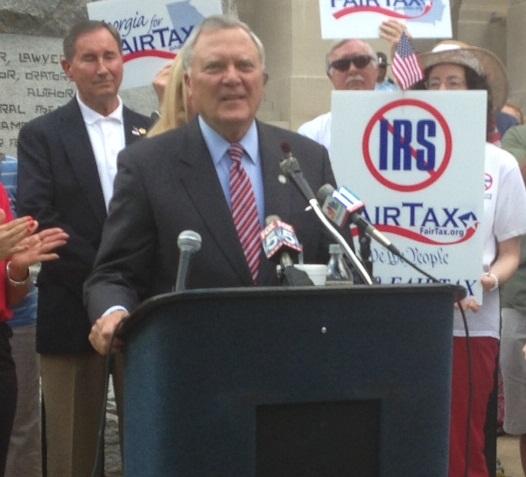 Brooks was indicted by a grand jury in May for 30 counts of fraud and tax charges. According to the indictment, Brooks used money from his charity, Universal Humanities, for personal expenses. Brooks pleaded not guilty to the charges.

By law, after a legislator is indicted for a felony, the Governor must appoint Attorney General Sam Olens and one lawmaker each from both the House and the Senate to the review commission.

“Legally he doesn’t have to make sure it’s balanced. I mean, he has the discretion to appoint whom he wants,” said Anthony. “He can reach out across the spectrum, but I think to make the system respected, not necessarily this commission’s decision, but to make this process respected, I think he has to try to put a variety of different people on there.”

Anthony said with so many options, it would be nearly impossible to guess who the Governor might choose.

“You’d have a better chance of guessing who it will not be,” Anthony joked. “The problem is with those two categories, of course the Attorney General’s locked in, but the House and Senate can be man, woman, rural, urban, black, white, Democrat, Republican and so he’s got to decide again, not only what would look fair, but who would serve.”

Finding someone who would accept the job could be difficult, Anthony explained, because the decision the panel reaches could have political implications.

Under the law, Governor Deal was required to wait 14 days before appointing the panel, though he can choose to extend that time period.