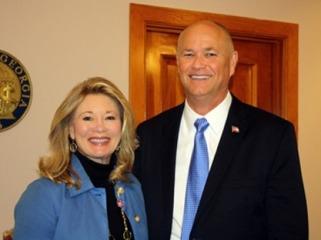 A state lawmaker from Brunswick is joining the 2014 race for the U.S. House seat being vacated by Republican Rep. Jack Kingston.

State Rep. Jeff Chapman said Tuesday he's running as a "champion of the people's rights" in an already crowded GOP primary race in the 1st Congressional District. Chapman is the fifth Republican to announce for the southeast Georgia seat since Kingston decided to run for the U.S. Senate.

The 53-year-old Chapman served three terms in the state Senate before running unsuccessfully for governor in 2010. He was elected last year to his state House seat.