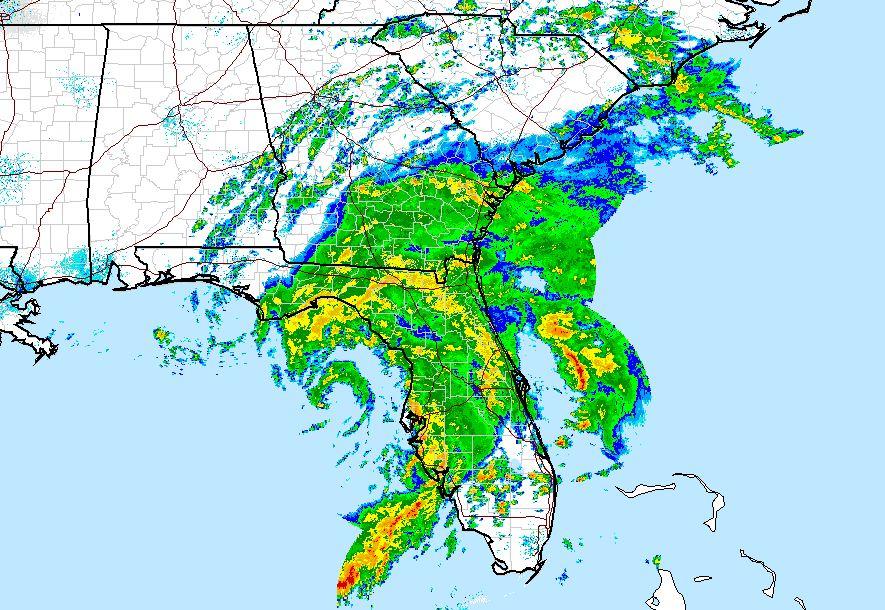 “The closer you get to the coast, say from Dublin and areas down to Albany and south and east and we’re looking at tropical storm force winds potentially," explained Stellman. "That combined with the already wet soils, we could see some downed trees and power lines as a result of that.”

At one point, Georgia Power reported more than 4,600 customers across the state were without power. The largest concentration of people affected was in metro Atlanta.

Authorities said more than 100 residents have been evacuated from an apartment building just north of Atlanta after heavy rains damaged a small dam.

The heavy rains and flooding at The Falls at Sandy Springs apartments also led to a gas leak.

In Woodstock, Cherokee County sheriff's Lt. Jay Baker said residents in about 30 homes were stranded in the Hickory Glen subdivision after rain washed away the ground under a road.

Stellman said the rainy conditions would persist for 24 to 30 hours, but would likely clear out for the weekend.