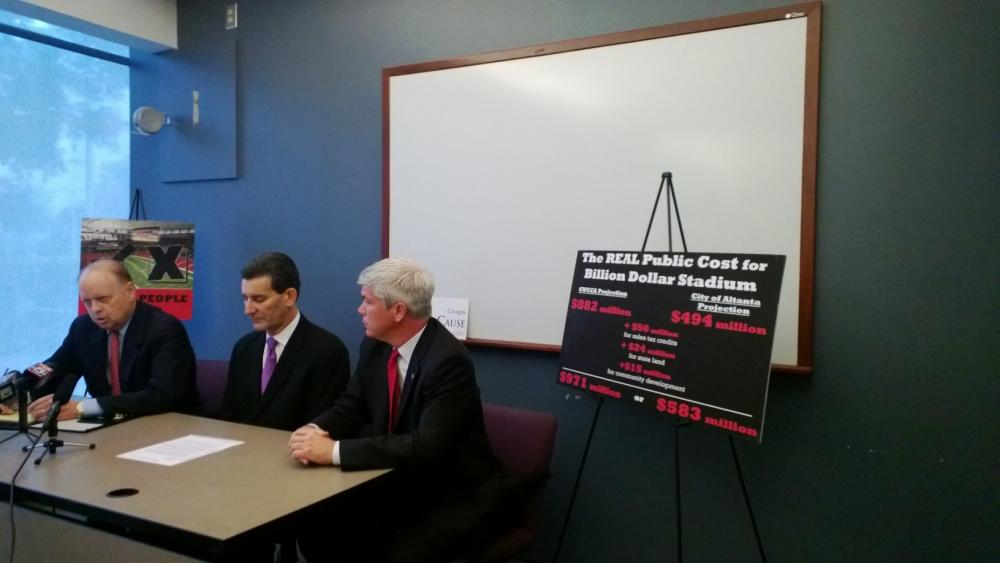 When Georgians visit Atlanta and stay overnight in a hotel, they spend a few cents on a new Falcons football stadium through a hotel-motel tax. One watchdog group says people shouldn’t have to spend any more money on a new stadium.

The group has now begun to gather signatures for a ballot initiative barring public financing of the facility.

William Perry heads Common Cause. He says the hotel-motel tax proceeds would add up to about $800 million in funding.

At a news conference Friday, he said even without the tax, Georgia taxpayers would still be on the hook for the new stadium.

“The state is still going to own this building," he said. "It will be a $1 billion that the state will own 30 years from now if the Falcons again decide to build a new stadium or move somewhere else.”

Plus, the Falcons will receive nearly $100 million in incentives.

Atlanta Mayor Kasim Reed says the investment is worth it because the stadium will boost tourism and create jobs.

In a talk last week in Savannah, Reed said the new stadium will solidify the city as a venue for major sporting events.

“We have already won a permanent position in hosting the BCS championship, and I believe we will win the Super Bowl in 2019," he said. "We are bidding for that right now.”

And he says all of Georgia can benefit from the fans who visit.