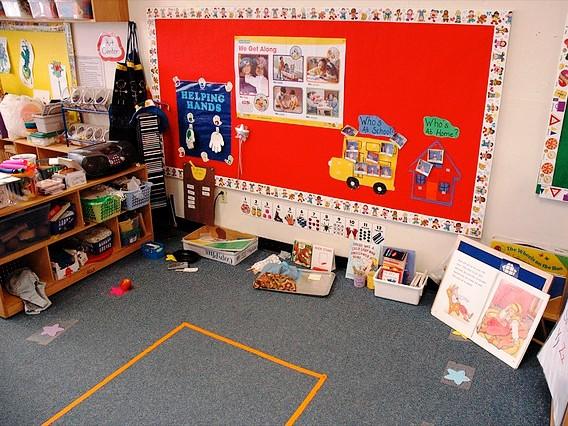 The president pointed to Georgia as an example of successful pre-K and early learning opportunities starting in his State of the Union speech and in a subsequent visit to Atlanta.

“We have focused on research and assuring that we are on the cutting edge of what it is to provide high-quality early education,” said Bobby Cagle, commissioner of the Georgia Department of Early Care and Learning. “I think that’s the draw for the federal government.”

Cagle pointed to a recent study by researchers at University of North Carolina at Chapel Hill that showed significant growth among children who participate in the state program.

Cagle is participating in a town hall meeting with Duncan, Gov. Nathan Deal and others in Atlanta Friday.

The state-commissioned study came in a year when the governor and state lawmakers slashed the programs budget because of dwindling lottery proceeds. They cut 20 days from the 180-day calendar, increased class size and reduced teacher pay.

Many of those reductions have been reversed with 180 days of instruction funded for the state fiscal year that begins in July.

Cagle said the lottery is in better financial shape now after those cuts and changes to the HOPE college scholarship.

“Gov. Deal and the legislature have been very intent since 2011 on assuring that we return enough money to the reserve funds for the lottery that we’re building for the future,” he said. “Having reserves really enables you to plan for the future, whereas spending the revenues as fast as they come in really does not do that.”

Georgia’s pre-K program currently serves about 60 percent of the state’s 4-year-olds. Cagle said the goal has always been to have enough slots available for every child in the state.

“There are kids that are missing the opportunity. The waiting list this year was around 8,000 students,” Cagle said. “There are estimates by researchers that say you should probably set your goal at 85 percent of the 4-year-olds in the state.

“We are in a good place, in my estimation, especially after the economic downturn that we’ve had.”