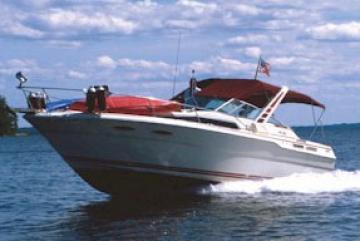 State officials and Governor Nathan Deal are scheduled to tour Georgia this week to educate boaters about new laws scheduled to take effect May 15.

Officials from the Georgia Department of Natural Resources, Department of Public Safety and the Governor's Office of Highway Safety are scheduled to speak May 14 and 15 at several marinas.

Georgia officials will remind boaters that a law passed during the recent legislative session sets a .08 blood-alcohol limit for boat operators, hunters and other sportsmen.

Officials are slated to speak May 14 in Columbus, Fort Gaines, Cordele and Milledgeville. Officials will speak in Savannah and Augusta May 15. Governor Nathan Deal is also expected to speak in Gainesville.

Among other things, the legislation was drafted in response to several high-profile deaths on Lake Lanier.