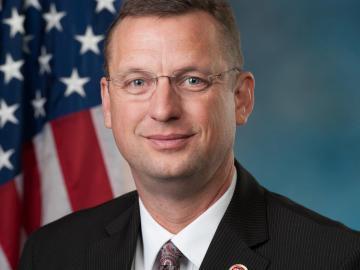 Freshman Georgia Congressman Doug Collins has formed a new caucus in the US House to reform the way the US Army Corps of Engineers operates.

The Gainesville Republican isn't the first federal lawmaker to take on the public works agency.

Criticism of the US Army Corps of Engineers goes back decades but picked up after Hurricane Katrina exposed flawed levees.

Georgia's official priorities, including Savannah harbor deepening and Atlanta's water supply, are deeply affected by the agency's practices and what its critics say is mismanagement.

Collins will chair a US Army Corps of Engineers reform caucus and is gathering support from others in Congress who've experienced construction delays in their districts.

Agency defenders say the Corps only does what Congress tells it to do with the laws and funding that Congress decides.

"They take a lot of blame, sometimes unwarranted, for other people," says U.S. Senator Johnny Isakson. "They have more masters than anyone in Washington."

"He's going through the early frustrations that I've gone through for 15 years," Isakson says. "A new member of Congress, he's dealing with the bureaucracies of Washington, D.C."

Collins announced the formation of the Corps reform caucus after touring Hartwell and Buford dams.