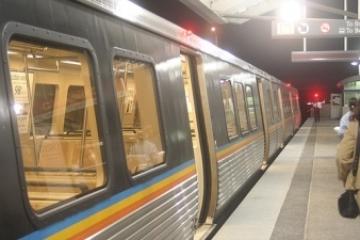 Atlanta's transit system is facing a decline in the number of commuters it attracts.

Ridership has fallen by about 15 percent on MARTA trains since 2001, and it's down 31 percent on buses. MARTA's rider numbers were down 8 percent last year.

Figures show the system's passenger load is in decline even through figures from the American Public Transit Association show ridership is increasing on systems in other cities.