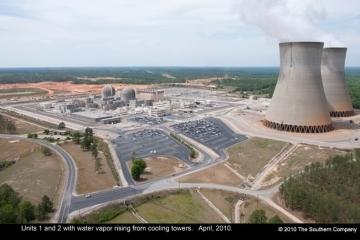 A bill to prevent Georgia Power from reaping profits on cost overruns at Plant Vogtle failed to pass the state House before last week’s deadline. But the bill’s sponsor says the issue – and the bill – aren’t dead yet.

Rep. Jeff Chapman’s bill would bar the utility from making money on anything other than the certified cost of the nuclear reactors it’s building near Augusta. It's a response to current state law that guarantees Georgia Power an 11-percent profit on capital costs.

A subcommittee voted against the new bill. Chapman, a Brunswick Republican, says he will now try to attach it to another bill that’s passed one of the chambers. He says other legislators support the bill and have said the company shouldn't profit on any cost overruns.

But the bill’s defeat in the subcommittee surprised him because he says he’d heard House Speaker David Ralston backed the measure.

“That begs the question: are we saying Georgia Power has more influence under this Gold Dome than the Speaker of the House?" he said in an interview. "Because that bill, if it was supposed to pass out of committee, it did not.”

The Speaker didn't comment for this story. But he was one of the few GOP lawmakers to vote against a 2009 bill allowing the utility to pre-collect the project’s financing costs.

Chapman asked Georgia Power to forego the profits before filing the bill. He says it initially ignored his request but has since been in touch.

Capitol insiders say the bill had an impact on the utility.

“Georgia Power is very worried," Herring said in an interview. "They brought out their biggest guns, they used their craftiest arguments. It was a full-court press in every sense of the word.

In a statement, a Georgia Power spokesman says the state’s Public Service Commission has approved all costs and continues to support the project. The utility told the PSC the new reactors are already $700 million over budget.

Chapman backs the project. But he said he doesn’t want utility customers to be on the hook because Georgia Power underestimated the project's cost.