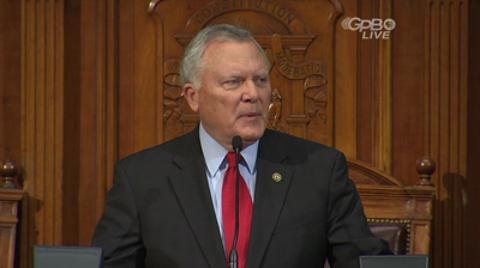 A federal judge's ruling allows for the governor's suspension of two-thirds of the school board members in a suburban Atlanta district to move forward, although legal questions remain.

U.S. District Judge Richard Story issued an order Monday denying the request by the DeKalb County school district and the board chairman for a preliminary injunction. Story also said he plans to refer questions about the law to the Georgia Supreme Court.

The district and board chairman last month filed a lawsuit challenging the law that allowed Georgia Gov. Nathan Deal to suspend the school board members.

Deal last week signed an order suspending the six board members and has appointed a panel to find replacements. The suspended board members can still petition the governor to reinstate them.