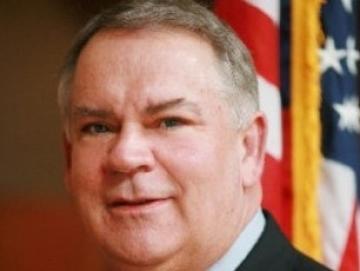 State House Speaker David Ralston says the ethics reform bill passed this week by his chamber is a historic step toward limiting lobbyists’ influence at the Capitol. Speaking at the Atlanta Press Club Tuesday, he defended some of the bill’s more controversial provisions.

The bill would place restrictions on how lobbyists spend money on state lawmakers. It would ban gifts to individual members, but would allow exceptions for whole committees and other groups.

It would also require anyone regularly advocating for bills or issues to register as a lobbyist. Members of the Tea Party and others have cried foul, saying that would trample free speech rights.

But Ralston, a Blue Ridge Republican and the bill’s sponsor, said the rule is simple.

“If you are in the halls of the Capitol with elected officials for and against propositions that are pending, you are a lobbyist," he said. "There’s been a lot of angst over that and I told a group the other day it’s not like we’re telling these people to drink poison.”

Critics also voice concern about the allowances for spending on groups. They say they don’t want lawmakers to pass a bill that changes the rules in name only.

State Senator Joshua McKoon of Columbus said the Speaker’s bill contains too many exceptions. Speaking Monday before the vote in the House, he said Georgia voters’ supported a gift cap, not a ban, during last summer’s primary ballot.

“I believe we would be much better served by a cap – a cap that over 800,000 Republican primary voters voted for – and limit the exceptions,” he said in an interview.

The bill now heads to the state Senate where McKoon and others plan to suggest modifying some of the gift exceptions.

In his remarks, Ralston also said the sequestration would cost Georgia hundreds of millions of dollars in federal funding that’s part of the state budget. He said specifically for the 2014 budget, Georgia would lose $240 million if sequestration occurs on Friday.

He said the sequestration would also affect civilian military workers in Columbus, Warner-Robins and other areas.