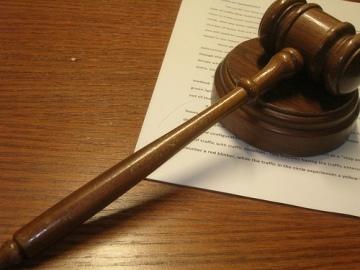 A new bill would take medical malpractice suits out of the court system. It would instead turn them over to a state board.

Alpharetta republican Senator Brandon Beach is sponsoring the measure. He says a 2010 Gallup poll found Georgians get more than 13 billion dollars worth of unnecessary medical tests every year. He says doctors are ordering tests out of fear they’ll be sued for failing to diagnose a problem….and that’s led to skyrocketing healthcare costs.

“ And I think that this bill reduces the cost of defensive medicine. And it increases the true patient access to justice quickly.”he says.

Beach’s legislation creates a patient injury board. But Jay Sadd, president of the Georgia Trial Lawyers Association, says it won’t save money.

“They attempt to expand government by this bill through a taxpayer-funded bureaucracy to resolve cases of medical malpractice. And we just see no need to do that, particularly in the current environment, if ever.”he says.

Beach says the board would be similar to the one for Worker’s Compensation.

“Less than 10 percent of injured patients receive any type of compensation in this current system that we’re using. And then when they are compensated they really only receive 17 and a half percent of the malpractice cost. So this will give them direct access, and they will get their money quicker.” he says.

But Sadd says the legislation is unconstitutional .

“The proposed bill that’s written violates the 7th amendment right to trial by jury here in Georgia. There’s also the United States constitutional right to a trial by jury. What is being attempted is to create a system of justice where doctors and other healthcare providers just sort of govern themselves.”he says.

The bill calls for an 11 member board, made up of three doctors, a hospital administrator, business executives, attorneys, an accountant and two patient advocates.