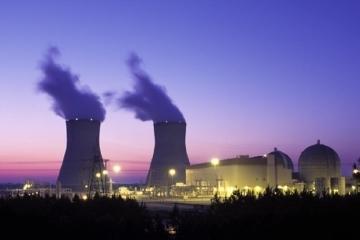 A state lawmaker wants to prevent Georgia Power from reaping profits on cost overruns at Plant Vogtle. Rep. Jeff Chapman will file a bill Thursday that would bar the utility from making money on anything other than the certified cost of the nuclear power plant it’s building in eastern Georgia.

Chapman said before writing the bill, he sent a letter to Georgia Power, asking the company to forego the profits.

He said he hasn’t had a response.

Under a 2009 bill, the company can collect in advance the financing costs for the two reactors it’s building near Augusta.

Chapman, a Brunswick Republican, says he supports the project. But he said he doesn’t want utility customers to be on the hook because Georgia Power underestimated the project's cost.

“There’s no incentive, if you’re going to make the same return on equity from a cost overrun," he said in an interview. "Georgia Power agreed to a certified price to build the plant. Obviously everything will be fully funded, but we want to eliminate the profit, where they apply that profit to the cost overrun.”

Chapman says he has concerns about the 2009 bill that allows Georgia Power to pre-collect the financing costs.

“I am against the use of government power to bring favor to a private industry, especially when it can harm the taxpayer, if you will,” he said.

An independent construction monitor has found the project is already about $90 million over budget.

In a statement, a Georgia Power spokesman said the Public Service Commission has approved all costs and has said the utility is managing the project well.

In the statement, the spokesman also said, "The PSC has complete oversight of the project and has verified and approved every dollar spent to date. To date, the Commission has conducted seven separate public hearings (it is about to perform its 8th) in which it has verified and approved each dollar spent, has received reports from its independent monitor Dr. Bill Jacobs, and continually assessed the economics of the project."