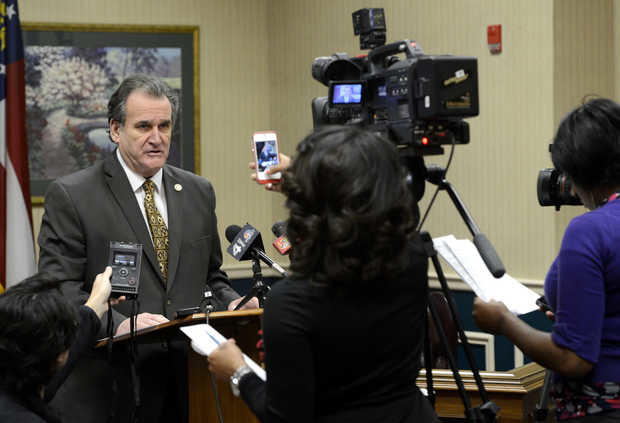 A lone Bibb County commissioner on Tuesday called for a federal grand jury investigation into what he characterized as "possible misuse of […] funds" by public school officials.

He didn't exactly say why.

But the public position from Commissioner Joe Allen comes as questions surround a major initiative involving Bibb schools and, to varying degrees, just about every other governmental and big non-profit player around Macon.

It's called the Macon Promise Neighborhood — multiple organizations working in concert to focus extra educational and social services on one very low-income area on the city's west side.

Last summer, Bibb school officials agreed to provide headquarters for the initiative. According to an investigation by The Telegraph of Macon, they're spending $5.75 million over the next decade to lease space from a private company, plus $4.25 million more in utilities and upgrades.

That space happens to be in a building the school system used to own, and sold not too long ago for just $220,000.

That revelation, in combination with a whistleblower lawsuit, has given the suggestion of some kind of impropriety.

Without mentioning the report explicitly, Commissioner Allen insinuated that some school board members may have benefited personally from deals with outside companies.

"The investigation should examine any companies or firms […] doing any business with the BOE [Board of Education] where funds might have been used to directly or indirectly unlawfully benefit certain members of the BOE," Allen read from prepared remarks.

He declined to offer any evidence that would lead federal prosecutors to investigate such a question.

"These allegations," Allen said without specifying or attributing any allegations directly, "must be investigated immediately by a federal authority, as the facts show a possible misuse of federal funds, not to mention state and local money as well."

Michael Moore, U.S. Attorney for the Middle District of Georgia, confirmed that he received a letter from Allen requesting the investigation, but declined to comment on whether he will comply with the commissioner's request.

Federal prosecutors generally do not comment on investigations unless and until they issue an indictment, Moore confirmed.

Donald Porter, a spokesperson for Bibb County schools, said he is conferring with attorneys on a response, which he may or may not issue.

School officials have, in the past, declined comment on issues surrounding the Macon Promise Neighborhood headquarters, citing pending litigation.