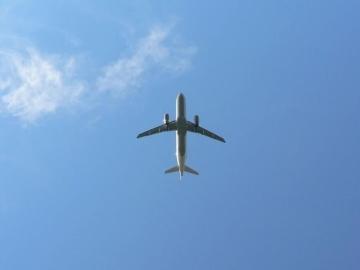 Students at Middle Georgia State College’s aviation campus in Eastman are testing drones, but not the military drones you’ve heard of. They are working with NASA, Boeing and other companies using an unmanned aerial vehicle.

The UAV used at the Heart of Georgia Regional Airport is the first drone of its type to be tested in the U.S. Program coordinator Chad Dennis says they are able to check out ideas for different airplane parts in a real world environment.

“It’s just constantly testing my abilities, testing my knowledge and I just love it. I guess that’s what I was really looking for in life was for that challenge.” he says.

They will also use the UAV to take infrared pictures of crops in Moultrie this summer, helping farmers target where to best spray chemicals and what plants need more water.

Dennis says they will be able to determine what plants need more insecticides or more water.

He says " Instead of just going out there and dropping hundreds of gallons of chemicals over a field, we can actually start pinpointing very specific locations on that field that need to be chemically sprayed or watered. We’ll actually save farmers a ton of money and it will also be a smaller impact to the environment.”

Middle Georgia State College is one of the few places in the country approved by the FAA to conduct research on drones, or unmanned aerial vehicles.

Officials are hoping that will help Georgia’s efforts to become one of six test sites in the nation studying commercial UAV’s.

Right now, the FAA does not allow commercial UAV’s to fly in America. Congress has ordered the FAA to spend the next three years figuring out a safe way to add UAV’s to current air traffic.

Steve Justice, executive director for the Georgia Centers of Innovation for Aerospace, says getting the test site designation would lure more businesses to the state.

“So when the FAA does finally turn on the spigot and says ‘Yes you can fly in national airspace for commercial purposes’ our companies in Georgia will be in the leading edge of that. They’ll be the first ones to benefit from that new market.” he says.

UAV’s could then be used by police for surveillance, by farmers to check on their crops, and to test aviation equipment.

Justice says they hope to submit their application to the FAA early this year.