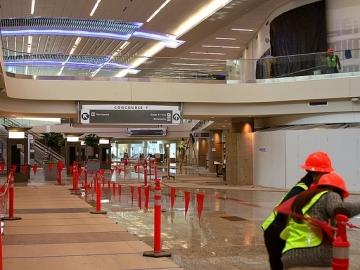 The designation means the 1.2 million square foot facility complies with Leadership in Energy and Environmental Design standards aimed at environmental stewardship and sustainability.

Airport officials say the terminal was built with recycled or regionally produced materials, and conserves water and energy.

Other environmentally friendly features of the terminal include a 25,000 cubic-foot water box that collects and cleanses rainwater. Faucets and toilets in the terminal also use 40 percent less water than standard fixtures, and specialized heating and cooling units are among the features the airport uses to control the temperature inside the terminal.

The U.S. Green Building Council, based in Washington, D.C., administers the LEED program.