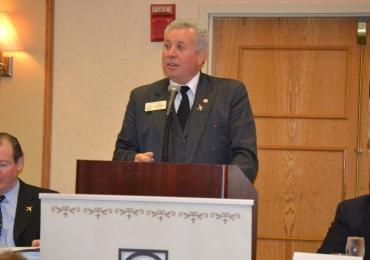 Savannah business leaders Wednesday laid out their top priorities for the state legislative session to begin in January.

But other topics mentioned at the Savannah Chamber of Commerce's Eggs and Issues breakfast also would require state dollars.

"Tybee beach re-nourishment not only affects the tourism in the Savannah beaches or on Tybee Island," Watson says. "But it also affects the City of Savannah, our region here and the whole state of Georgia."

State lawmakers told several hundred business leaders that finding funds for the coast will be difficult when all state agencies are being asked to take a 3% reduction.

A chamber spokeswoman said the group also would be watching for President Obama's budget expected in February.

"What this tax exemption does is allow Gulfstream to be more competetive," Shira says. "What this legislative agenda is meant to do is to extend these benefits for Gulfstream into the future so that we can remain competitive."

Georgia officials are hoping for a big chunk of harbor deepening funding in the upcoming federal spending plan.