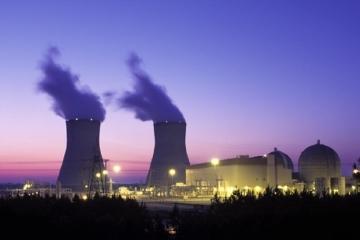 There may be more delays ahead for two new nuclear reactors under construction at Plant Vogtle in eastern Georgia. That’s what executives with Georgia Power’s parent company told the Georgia Public Service Commission Tuesday.

The reactors were originally slated to begin operating in early 2016. The date for the operation of the first reactor was then postponed to November of 2016.

Now the utility’s executives say it’s possible the plants won’t start up until later. And that could mean higher costs.

At a review of the project, executives said the utility would have to speed up construction to meet the target dates.

David McKinney is a construction support vice president with Southern Nuclear, a subsidiary of Southern Company.

“The November 2016 and November 2017 dates we believe are theoretically achievable," he said. "It would take significant compression to achieve them.”

He also said the contractors building the plant haven’t signed off on Georgia Power's timeline. Instead, he said they foresee the reactors operating at least a few months later.

“It’s likely there’s a window that we will negotiate and agree on with our contractors that would establish our final target commercial operation times in the November 2016/2017 time frame or somewhere slightly after that,” he said.

Jeffrey Stair is with the public service commission. In an exchange during testimony, he asked McKinney if the delay would affect costs.

"It’s also true, isn’t it, that every year of delay that brings the units online results in several hundreds of millions of dollars in additional costs?” he asked.

McKinney replied, “The construction schedule equates to costs -- that is true.”

It’s unclear who would bear the added costs -- either the company or customers. Georgia Power has already reported possible cost overruns of $900 million.