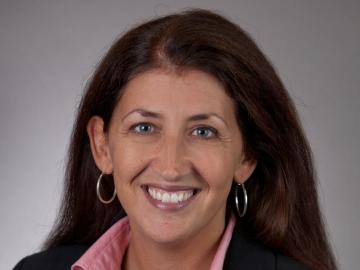 While health care remains a hot topic in national politics, many of Georgia's hospitals are just struggling to keep a positive cash flow.

Officials at one Georgia health care system recently turned around their money-losing bottom-line.

It's also where the region's most severe trauma cases go, a major employer on the coast with thousands of workers and the emergency room of last resort for the area's uninsured.

She knew something had to change.

"We have a strong clinical platform to build on. So we didn't have to fix anything when it came to patient care. What we had to fix was our business practices," Gill says. "And we've done a lot of work behind the scenes to fix the business practices that, quite frankly, weren't that strong at Memorial."

After six years of losing money, Memorial this year posted a profit.

It was a slim one. But it let hospital officials raise salaries for the first time in four years.

And it was a welcome change in an industry reforming very quickly.

"We know that health care in this country, no matter who is elected, is going to change and it needs to change because it is a very cumbersome and costly system," Gill says. "And so our job as a leader in healthcare is to change."

Gill says Memorial got better at contracting and collecting -- the kind of back-of-the-house financial clean up that isn't sexy, but does pay bills.

Gill says the hospital also focused on improving relations with doctors, some of whom had been threatening to leave overpay and management issues.

But the biggest change of all is yet to come.

The North Carolina based non-profit partners with 13 hospitals in four states.

The relationship could give Memorial Health more power in negotiating purchases and payments.

Georgia Hospital Association spokesman Kevin Bloye says it's a strategy other Georgia hospitals -- both urban and rural -- are embracing as rising costs stretch their bottom lines.

"I think we're reaching a point where many hospitals are realizing that when they look in the future it's going to be a lot easier for them to survive working with a larger health care system than it would be if they were just autonomous," Bloye says.