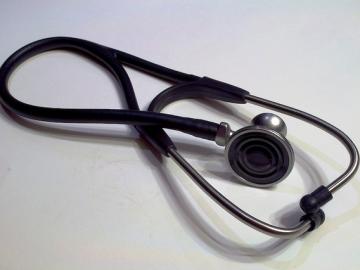 Georgia officials call the nationwide outbreak of fungal meningitis unprecedented. So far, 21 people across the country have died of the disease after receiving epidural steroid injections. The investigation is expanding.

Dr. Brenda Fitzgerald, State Health Officer, said on a Friday conference call with reporters the Food and Drug Administration is reviewing all drugs produced at the Massachusetts facility that made the contaminated medication.

She said “ The FDA is asking facilities to help them collect information on anything that has come from the New England Compounding company in the last year.”

There are no reported cases of fungal meningitis in Georgia linked to the outbreak.

But the Food and Drug Administration is asking doctors to check on patients at 150 Georgia facilities who may have received sterile injectables, eye surgery drugs or heart surgery drugs from the New England Compounding Center.

State Senator Buddy Carter of Pooler is a pharmacist. He says Georgians don’t have to worry about any compounded medicine made at their local pharmacy.

He says “If I get a prescription in my pharmacy for a compound, it has to be for a specific patient. I can’t compound in mass quantities and then send it out. And that’s what this New England Compounding Center was doing. In the state of Georgia, our laws prohibit that from happening.”

A spokesman for the State Pharmacy Board says there aren't any compounding pharmacies that do exactly what NECC was doing. He says the state Pharmacy Board has made cases, fined, and closed at least two in Georgia who tried and it was stopped. He says NECC was nothing more than a manufacturer operating under the cloak of a huge compounding pharmacy.