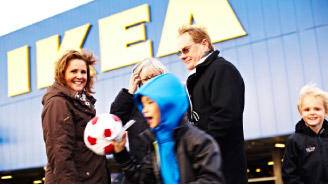 The solar energy system is IKEA’s second Georgia installation. An Atlanta retail location flipped the switch on its own earlier this year.

William Jackson is the Savannah Distribution Center Manager: “Installing solar panels atop this facility demonstrates that the company’s sustainable commitment extends beyond our stores into all facets of the retail operations.”

The installation is the 34th completed solar project for IKEA in the U.S.