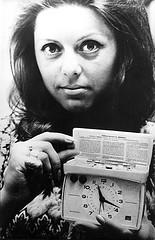 The Roman Catholic Archdiocese of Atlanta along with other religious institutions have filed lawsuits seeking to overturn the birth control mandate.

The archdiocese filed the lawsuit against three federal agencies Wednesday. The Christ the King Catholic School, Catholic Charities of the Archdiocese of Atlanta and the Roman Catholic Archdiocese of Savannah are also plaintiffs in the litigation.

Similar lawsuits have been filed in courts throughout the country. The organizations oppose a mandate in the Patient Protection and Affordable Care Act, which they say will require religious institutions to pay for and refer women to get abortion drugs, birth control and contraception.

The institutions say their religious beliefs prohibit them from providing such coverage.