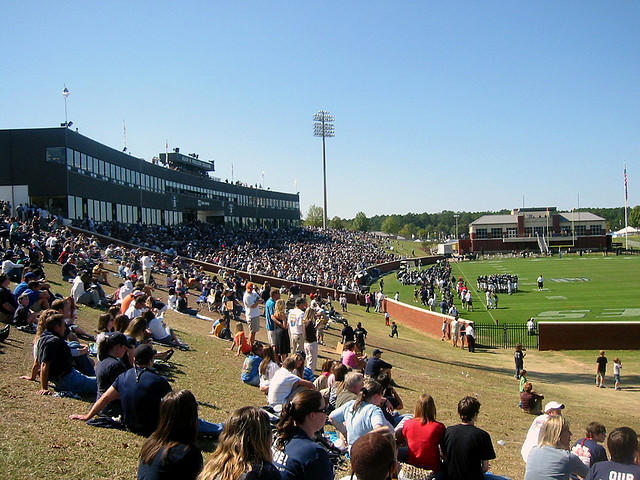 The Georgia Board of Regents will now consider the fees that students approved in a campus-wide referendum.

Out of the 9,400 students voting, 74 percent approved of the environmental assessment, which would generate about $400,000 annually. The money would finance campus projects such a retrofitting buildings to allow more efficient use of energy and water. The university also would direct some of the money to marketing the school's environmental emphasis and new hires for the GSU Center for Sustainability.

If Regents approve the fee, it will go into effect for the fall 2013 semester.

Meanwhile, 70 percent of students supported a $25 per-semester fee to expand Paulson Stadium. The plan would add 6,300 seats, all reserved for students. The current student section holds 4,000 of the stadium's 14,400 seats. That's only enough for a quarter of all Georgia Southern students. The fee would end once construction debt is paid off.

A second proposed fee of $75 per semester would be imposed only if Georgia Southern moves up to the Football Bowl Subdivision, the top level of Division I football. The school currently competes in the Football Championship Subdivision, formerly Division I-AA. That fee passed 61 percent to 39 percent.